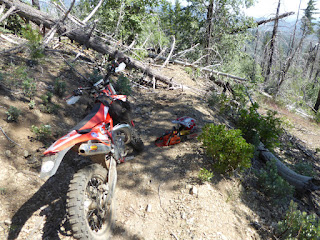 One of the lessons QWR learned during the ongoing post wildfire recovery efforts of  three federal destination OHV areas devastated by the 2018 450,000+ acre Mendocino Complex Fire highlight the need for skilled dirt-bike based “strike teams” to perform important hazard mitigation tasks on the narrower 50-inch or single-track motorcycle trails. 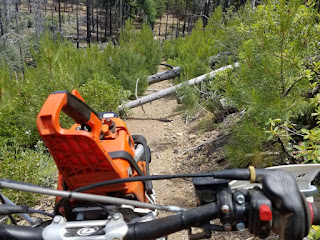 While some BLM Field Offices, National Forests, and Ranger Districts have excellent trail crews or volunteers that can buck out downed trees or repair trail damage on routes used by larger OHVs such as SxSs or 4x4 vehicles, it appears that many units do not have the staff in-house with those advanced dirt-bike rider skills to deploy on narrow trail-based hazard mitigation projects. 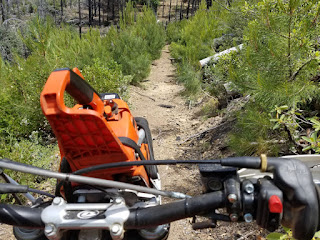 As you know, intense wildfires can destroy important OHV management tools along narrow routes such as trail delineators and signs.  Debris flows and downed trees can also impact trail access and in many remote areas they are most effectively addressed by dirt-bike based post wildfire recovery trail crews or strike teams. 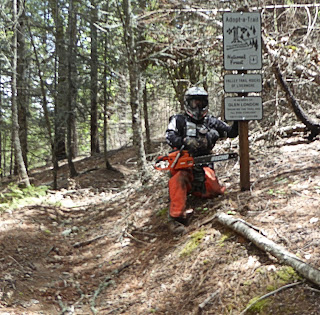 QWR believes that OHV recreation sites in California and the West will continue to face the likelihood of more intense wildfires over the next 10-20 years.  And, that creation of skilled agency and/or volunteer dirt-biked based strike teams will have an ever increasingly important role to play in delivery of timely and strategic post wildfire recovery efforts on narrow OHV trails that are largely inaccessible by larger vehicles.