Trespass on Private Property is Not Cool 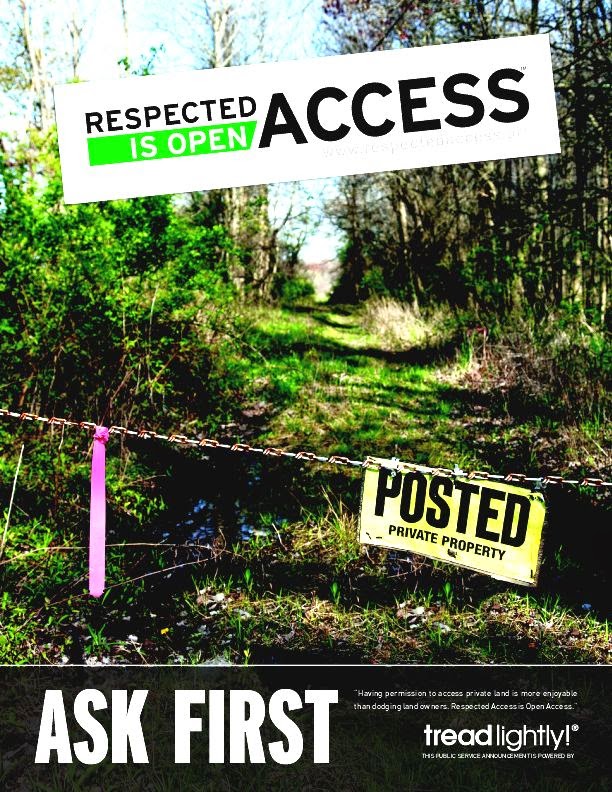 As OHV recreationists get ready for the fall riding season, QWR wants to remind users that motorized trespass onto private property that is properly signed and gated is not legal or cool. 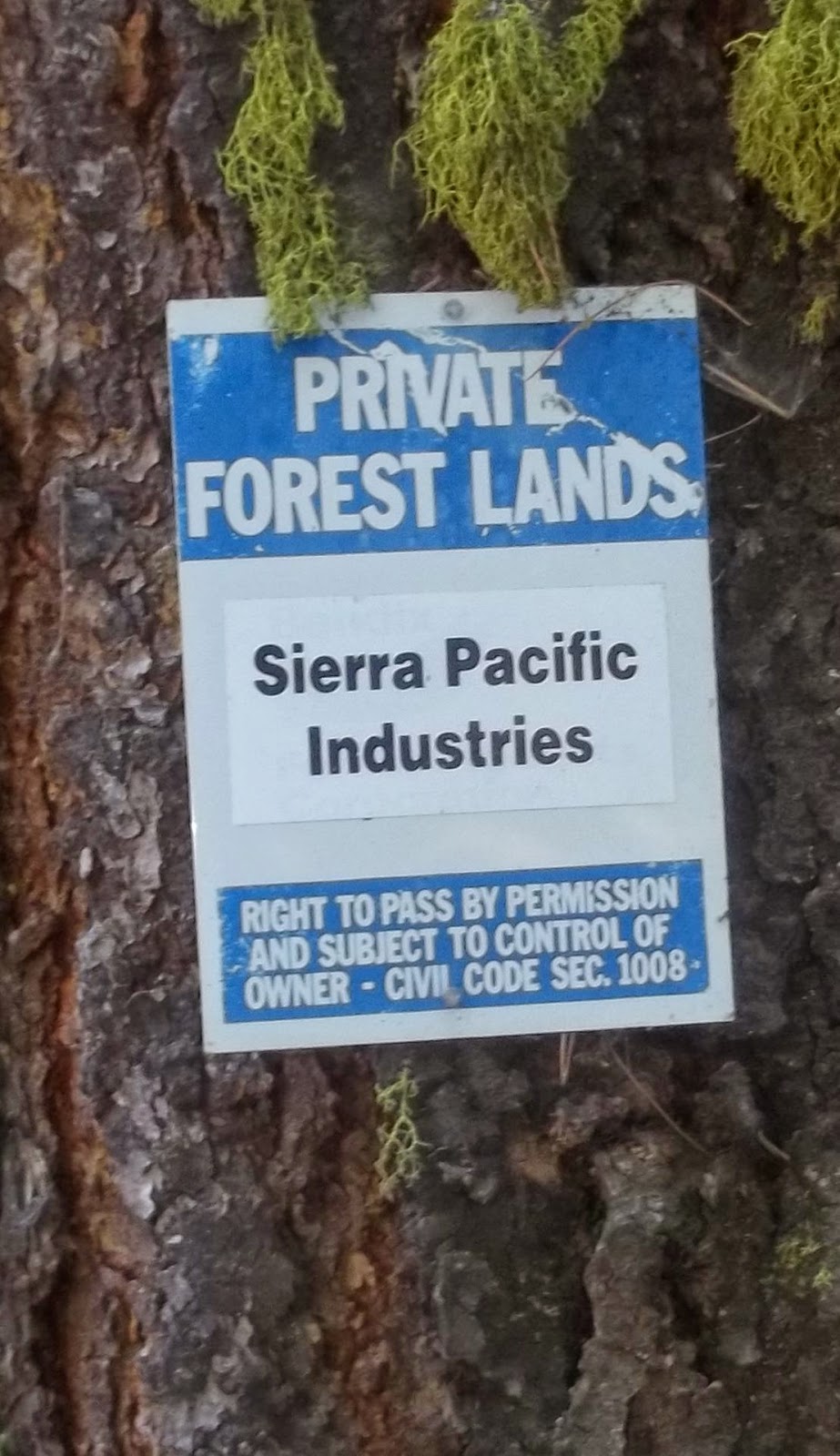 California and some other states have “hold harmless” laws to help encourage private land owners to allow both motorized and non-motorized recreation on their property.  Throughout much of California and the West there are “checkerboard” lands where there is a mix of private and federal property. 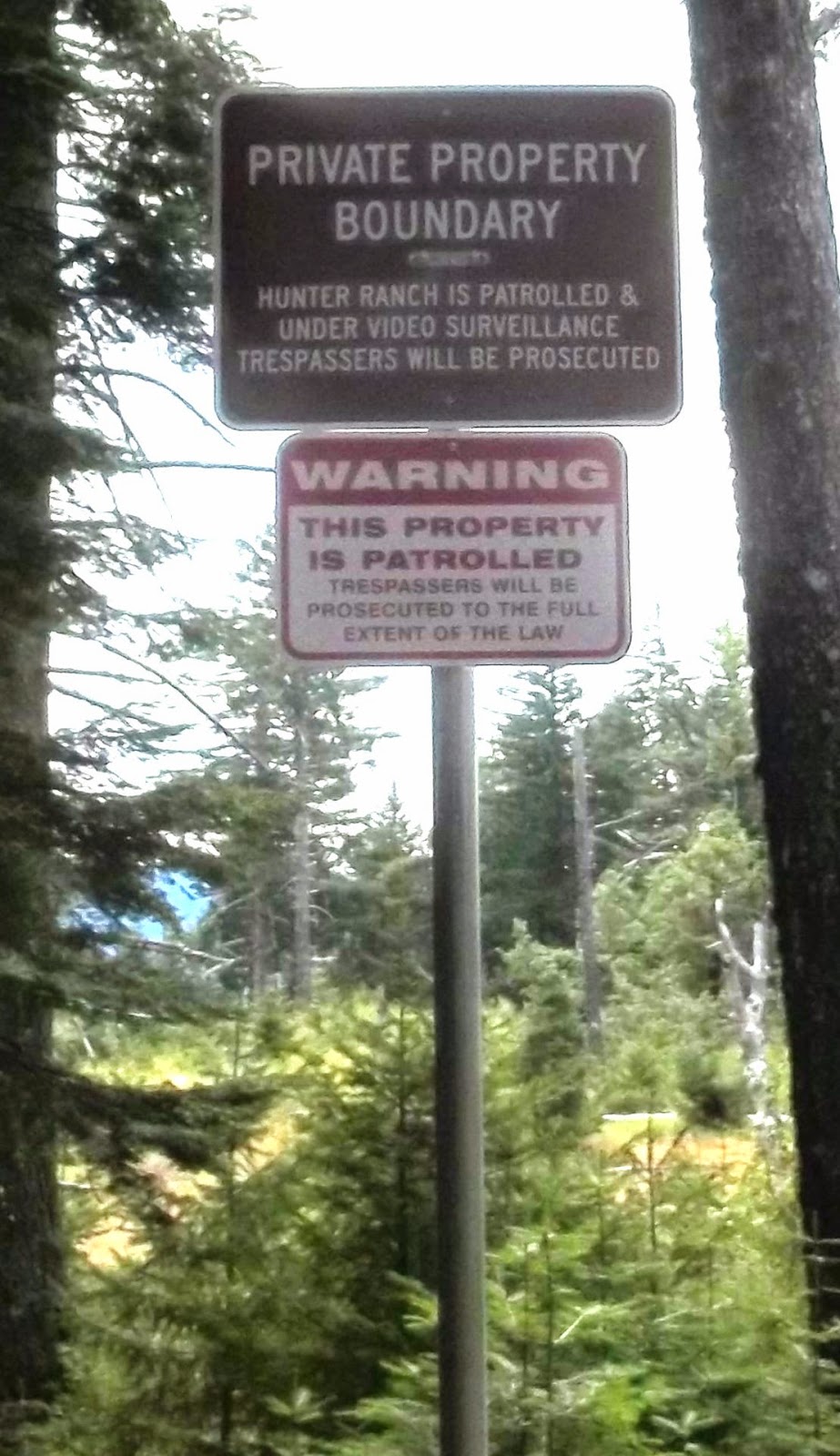 While there are some private land interests that allow motorized access on their lands, there are many property owners that do not.  Some of those who restrict public motorized use include timber companies, ranchers, and hunting clubs. 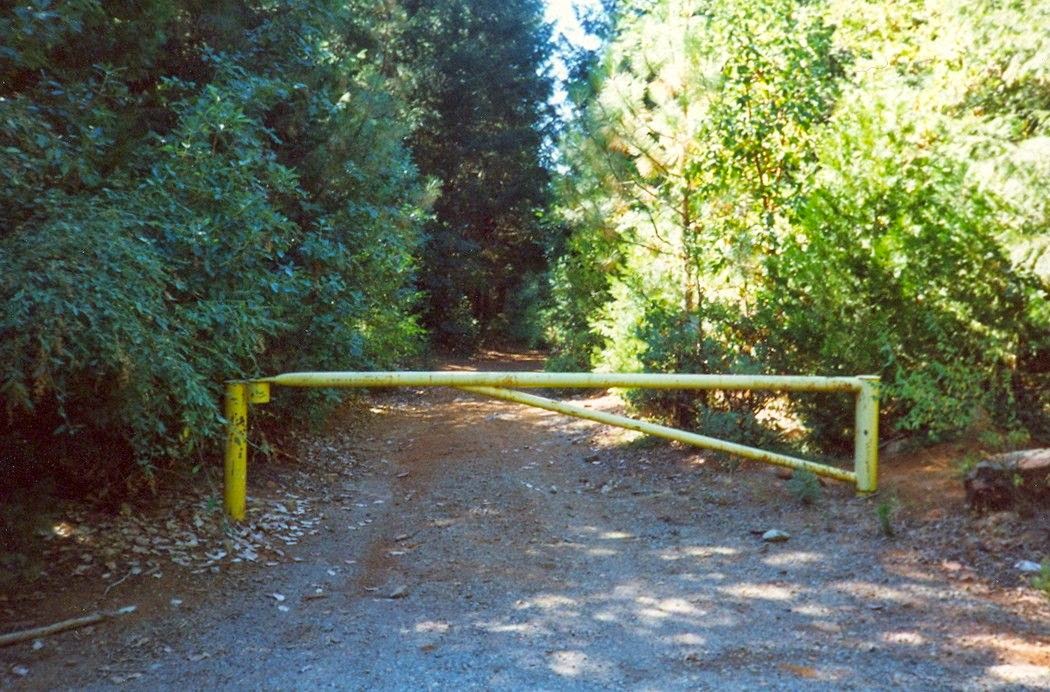 QWR believes it is important for riders to respect private property and their management prescriptions which can include restrictions on OHV use, mountain bike access, and other forms of recreational activities.

Many of these private lands have extensive electronic monitoring systems which capture pictures of you, your vehicle, and license plate.  They also have to comply with complex soil erosion and water quality regulations.  OHV users owe the private property owner the same respect that we show land managers at Forest Service, BLM, and SVRA riding areas. Trespass can also dim the prospect for any future use of said lands for legal OHV recreation.

Our good friends at Tread Lightly! have a new “Respected Access is Open Access” campaign and QWR believes this type of outreach from private land owners in partnership with federal, state, and local agencies is something that can help riders understand the importance of staying on legal routes regardless of the managing agency or in-holder.

QWR believes this type of pro-active messaging can help address the trespass issue which will actually enhance and protect managed OHV recreation for future generations. 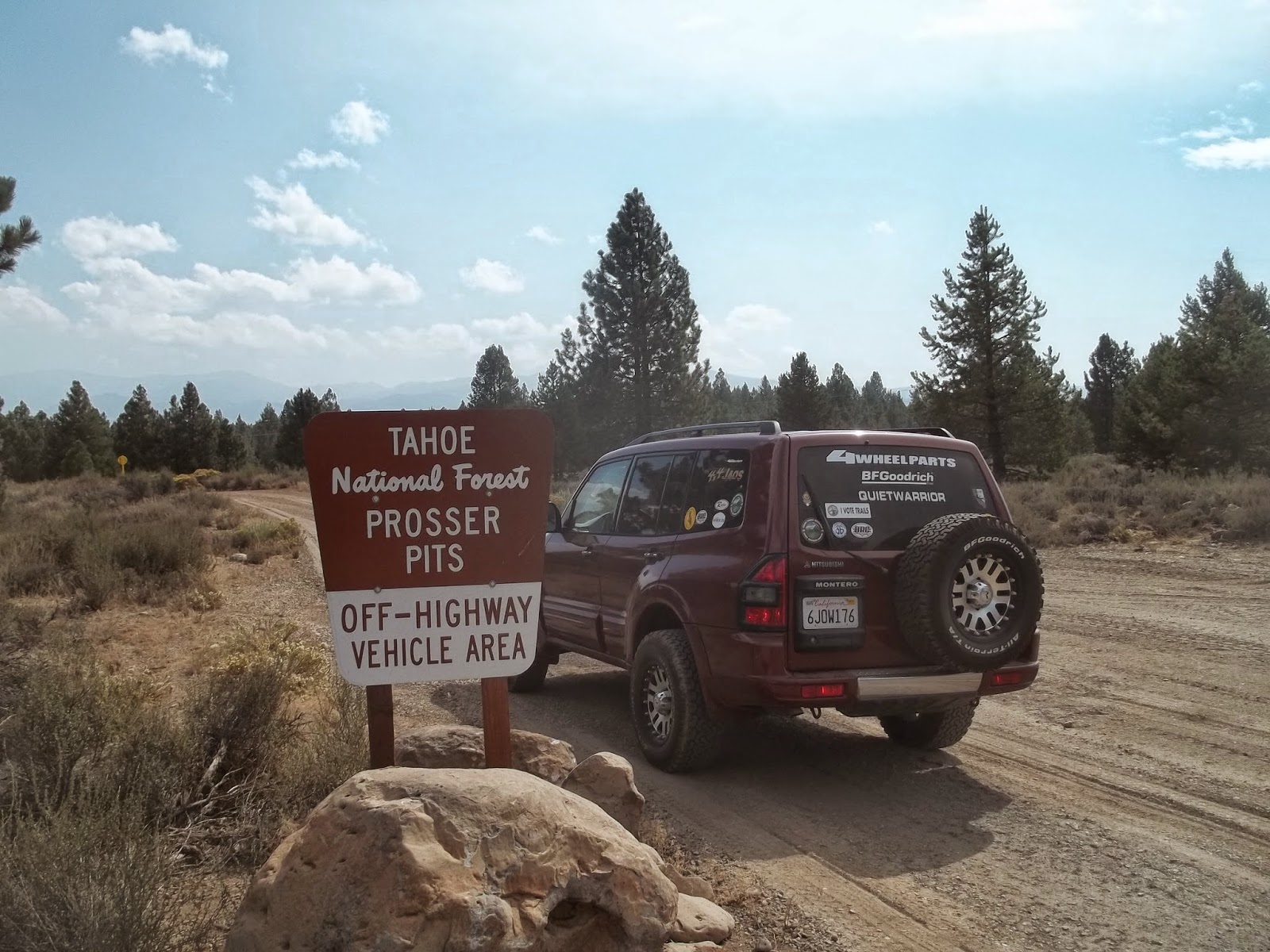 The 2005 Forest Service Travel Management Rule (TMR) directs the agency to designate roads, trails, and areas for motorized vehicle use.  There has rightfully been a lot of focus on road and trail designations since inception of TMR.  However, QWR believes that “area” designations may have not received as must attention as they should have on some units. 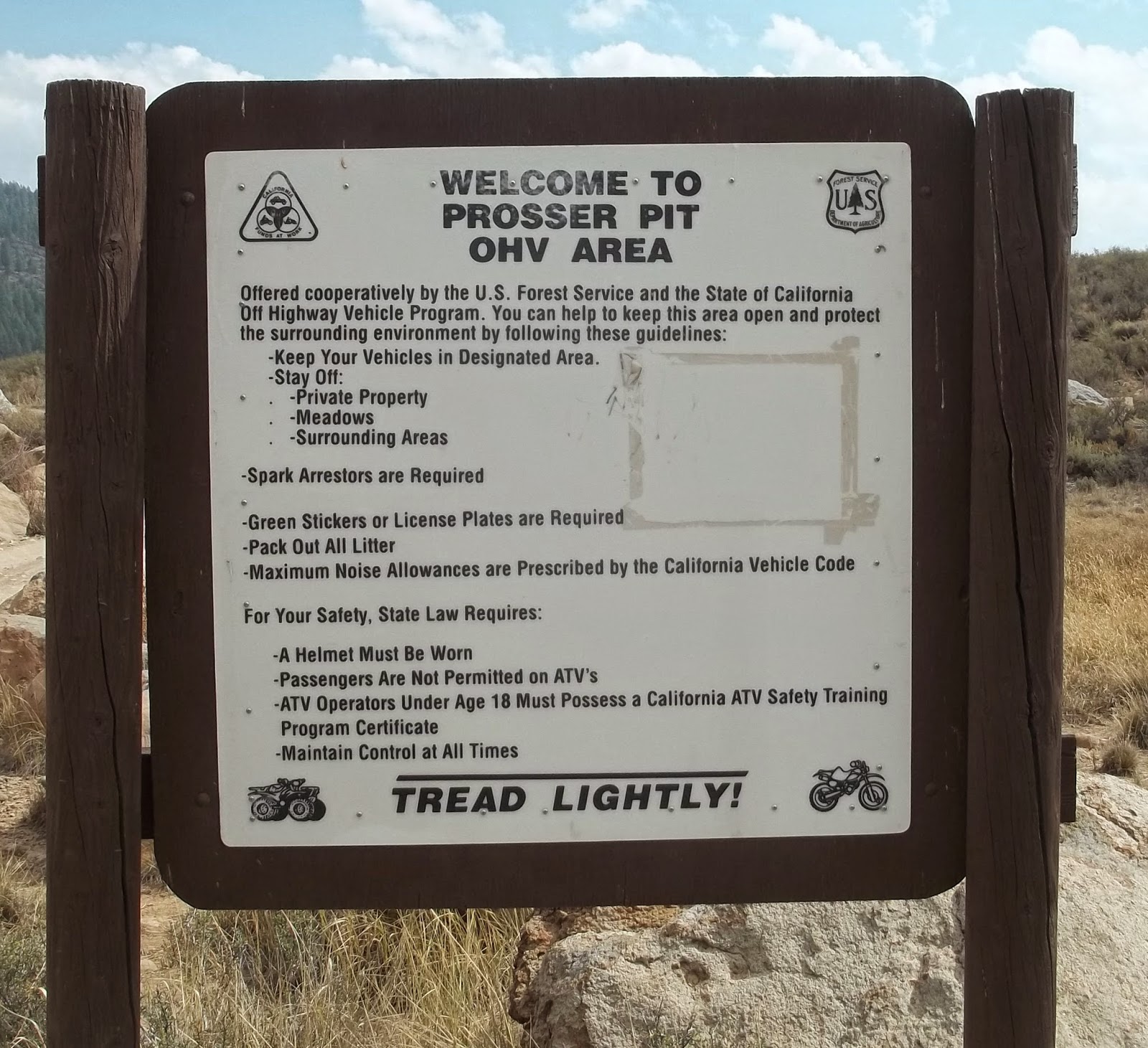 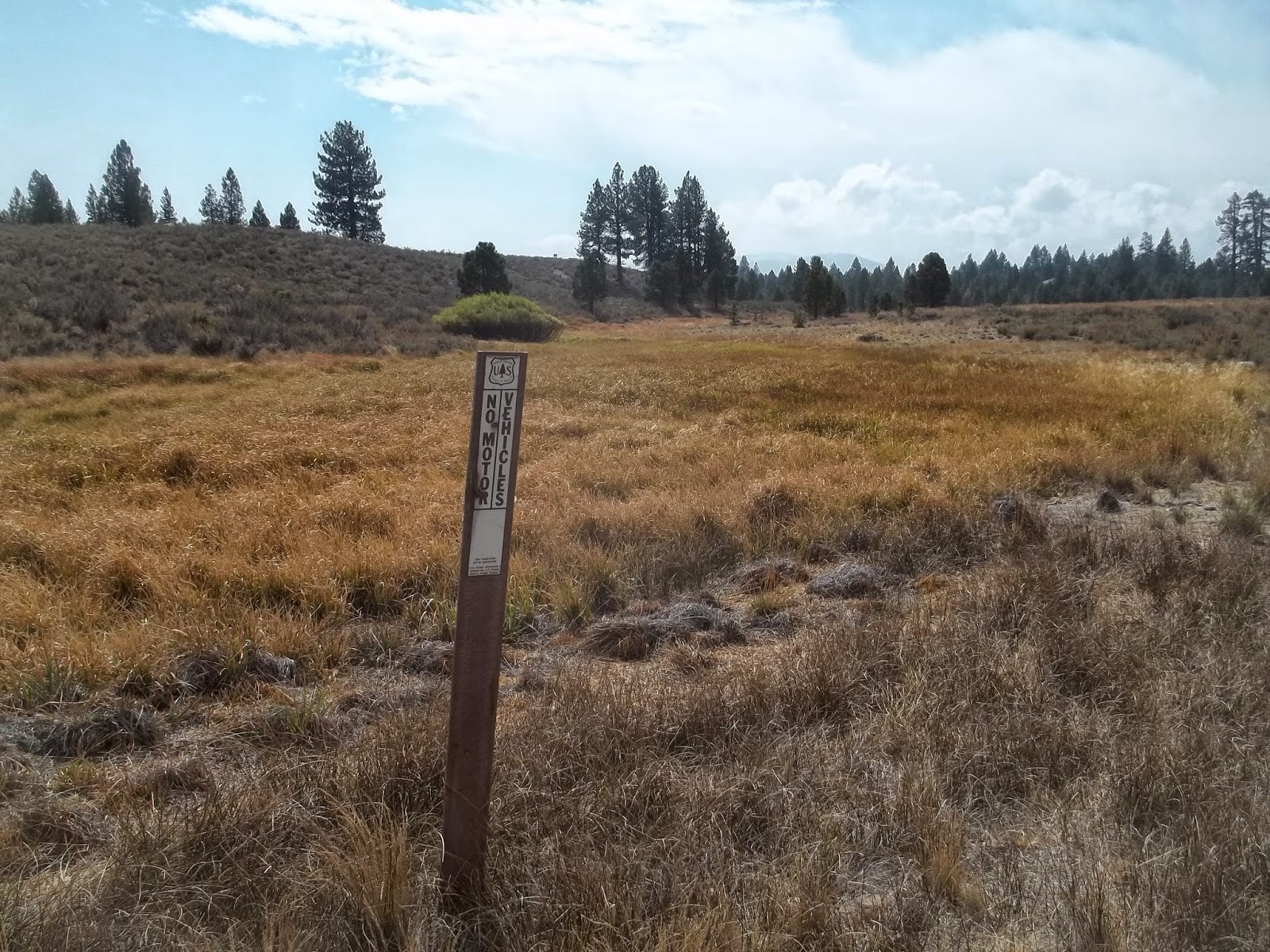 The Forest Service Manual 7700 states in Section 7715.73 that areas should have natural resource characteristics that are suitable for cross-country motor vehicle use or should be so altered by past events that motor vehicle use might be appropriate.  Examples might include sand dunes, quarries, the exposed bed of draw-down reservoirs, and other small places with clear geographic boundaries.
Also those areas should consider impacts to adjacent private property, including noise and the potential for trespass.

Recently, QWR toured the Prosser Pits OHV Open Area on the Tahoe National Forest near Truckee, California.  This facility is managed with support from the California State Park Off-Highway Motor Vehicle Recreation Division and offers an open play area for OHV enthusiasts.  Its management prescriptions include signs for dust control, spark arrestors, and resource protection.  There are also signs and trail barriers to protect nearby meadows. 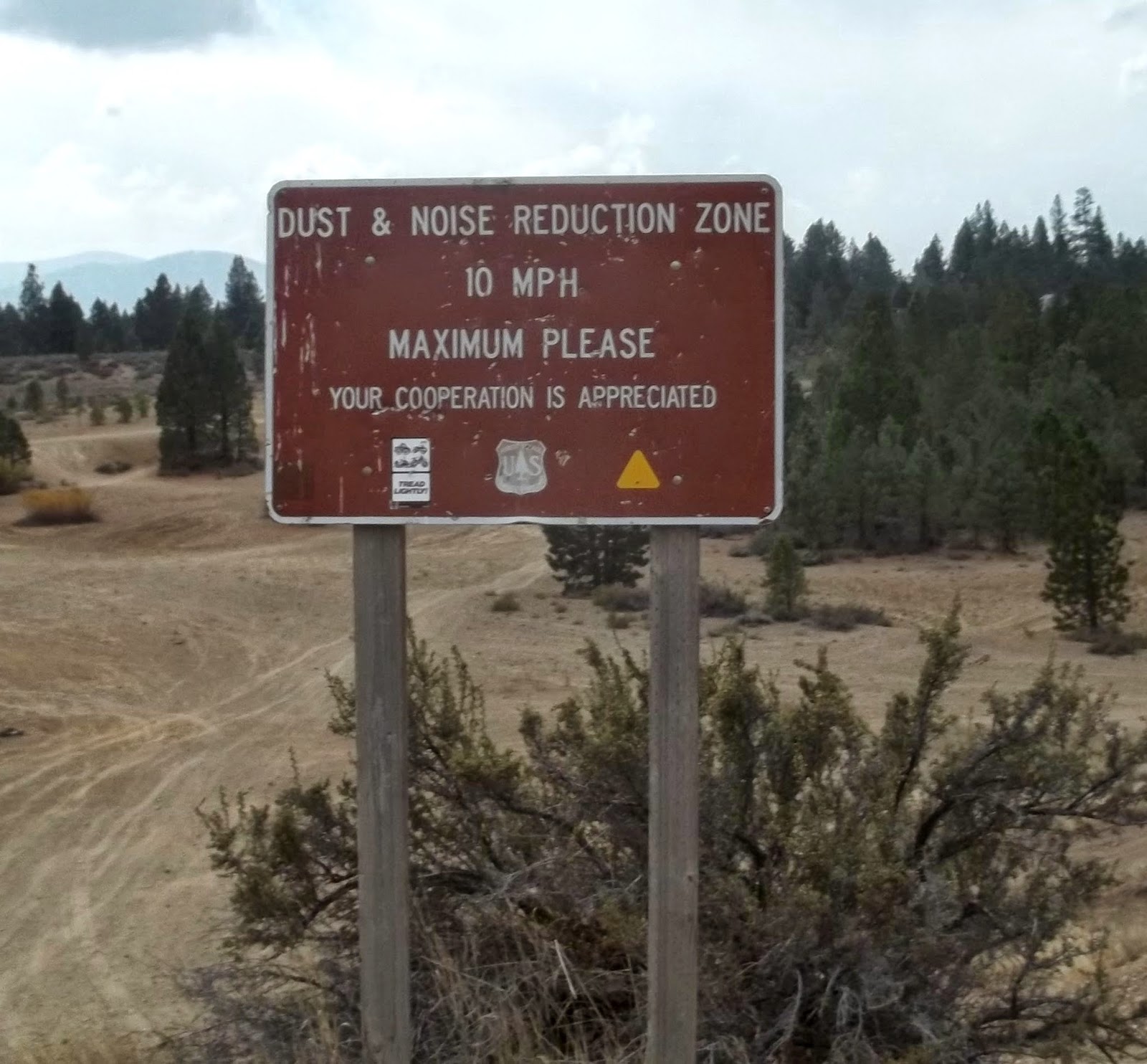 As various Forests review their current TMR plans, QWR believes that users should meet with agency recreation staff to review the potential for inclusion of historic or new OHV road, trail, AND area designations.

These proactive post TMR projects can help the agency and OHV community build on the base route and area network that was part of the initial planning effort.  TMR is a dynamic process and the quality of the opportunity is directly proportional to the commitment of, and the relationship between, the user community and agency staff. 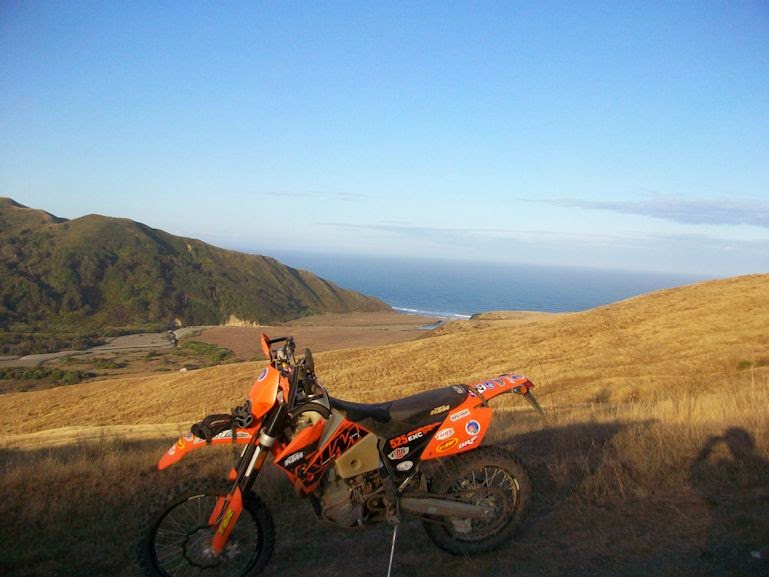 OHV recreation creates an estimated $66 billion dollar benefit to the U.S. economy each year according to a 2014 California State Park OHV Commission Report.  In California, that yearly fiscal boost amounts to approximately $9-10 billion. 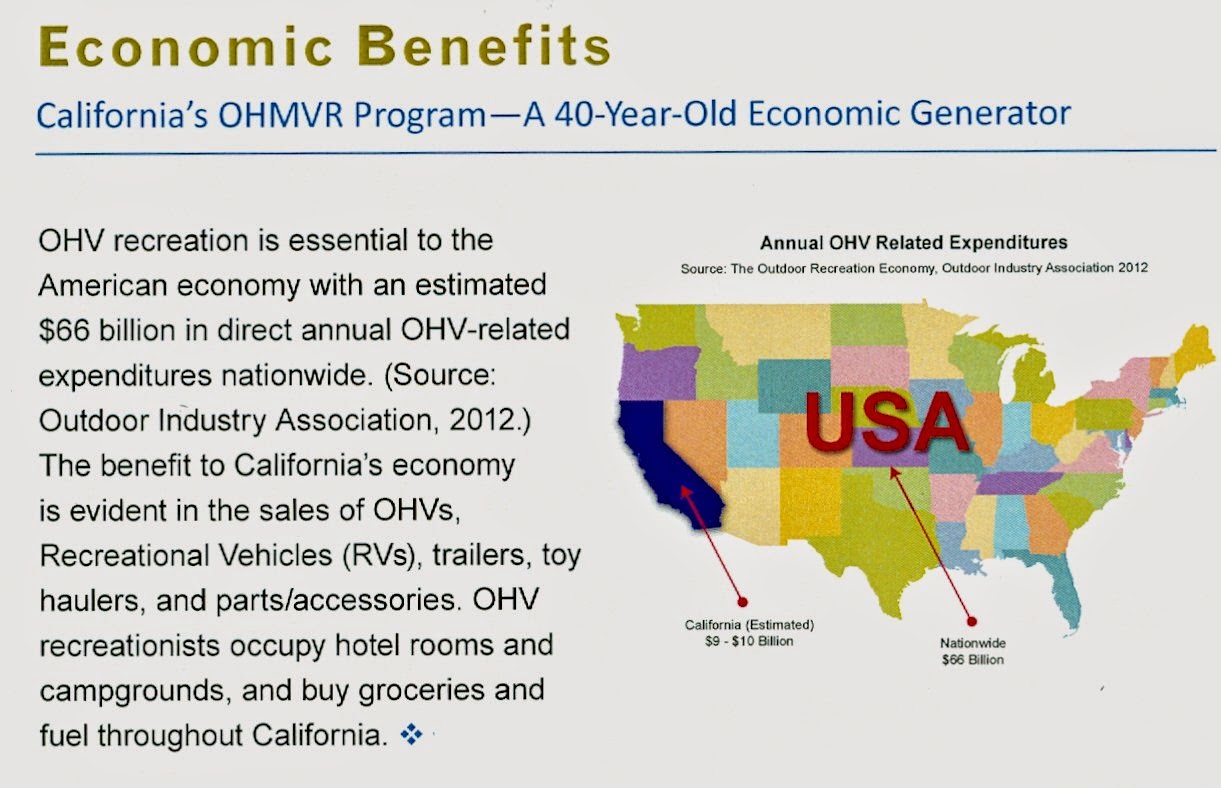 QWR believes the growing “Adventure/Dual-Sport” community is an important element of that equation with much of that benefit coming to rural areas where many adventure/dual-sport rides take place. 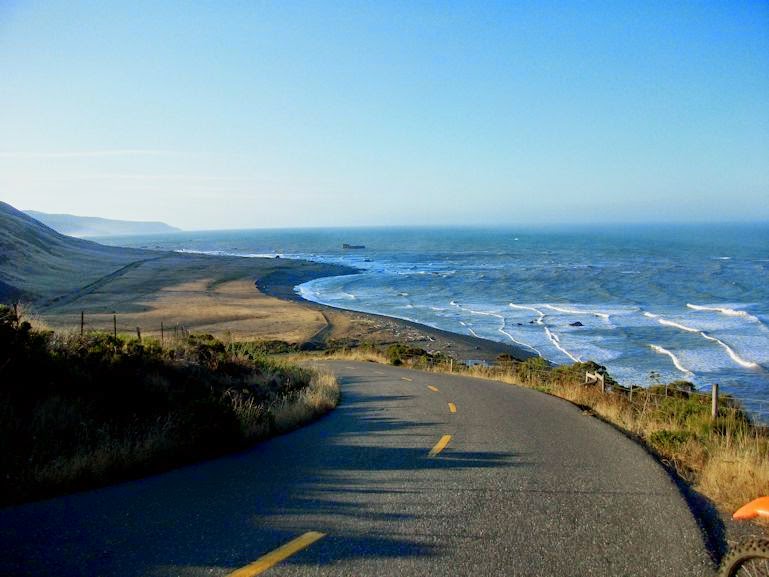 For riders who enjoy the SheetIron 300 Dual Sport Ride that occurs each year in May that goes from Stonyford to Fort Bragg and back, there is another premium ride opportunity coming in a few weeks. 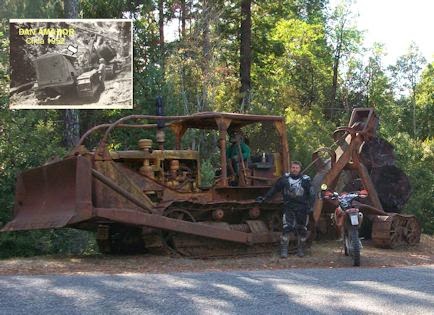 The Lost Coast Dual Sport Adventure Ride is back for 2014.  The dates are October 4 and 5. Riders will stage in Ukiah from a large private parking area with plenty of space for RVs.  The two day adventure will take participants on a tour of the Coastal Mountain Range with scenic views of the Pacific Ocean, old logging towns, rivers, redwoods, cool dirt roads, and spectacular forest and rangeland vistas.

Riders will stay in hotels in Fortuna on Saturday night where there is some good dining available.  This two day adventure in the Redwood Empire is not to be missed and it gives participants a good opportunity to help support the sport and local economies. 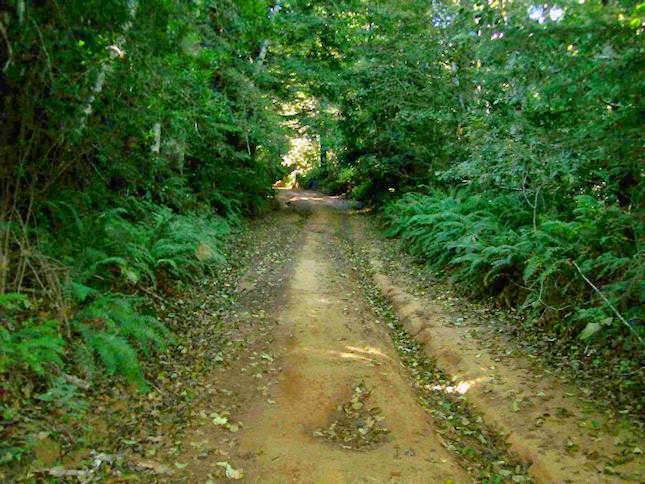 QWR will be there with its sound tech station and will also be riding the event with its new Adventure Bike Module to document the sights and sounds of riders enjoying this rare opportunity to sample the natural wonders of this part of California.  See you there. 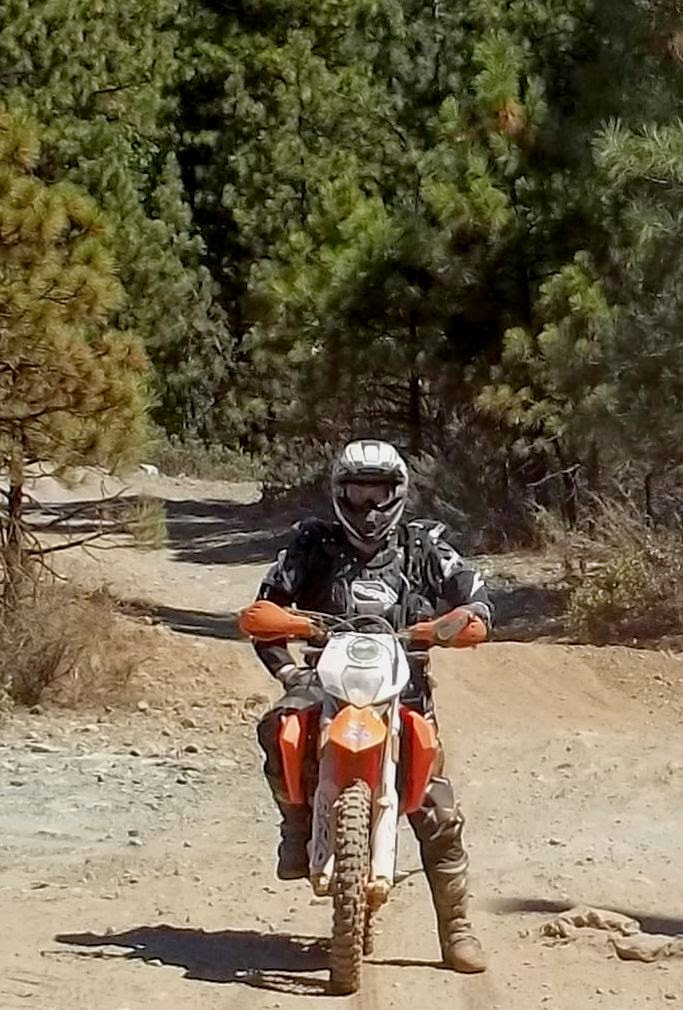 QWR believes that respect for the resource on private, state, or federal lands is an essential part of any sustainable OHV program. 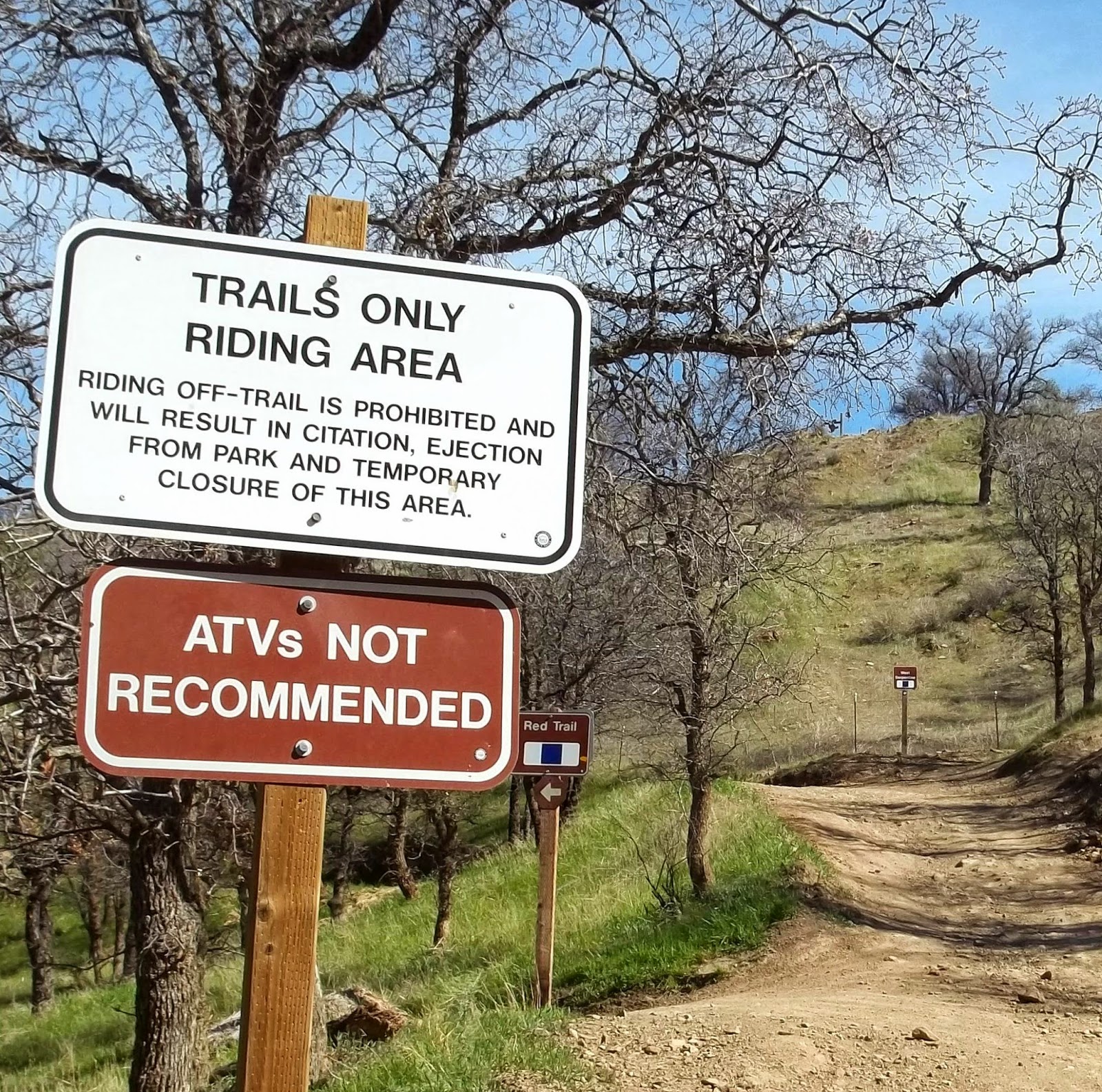 As you know, QWR believes that a quality signing program conveys the land manager’s commitment to both the resource and the public.  It is then up to the user to respect those management prescriptions that have been developed to enhance and protect the recreational experience for this and future generations. 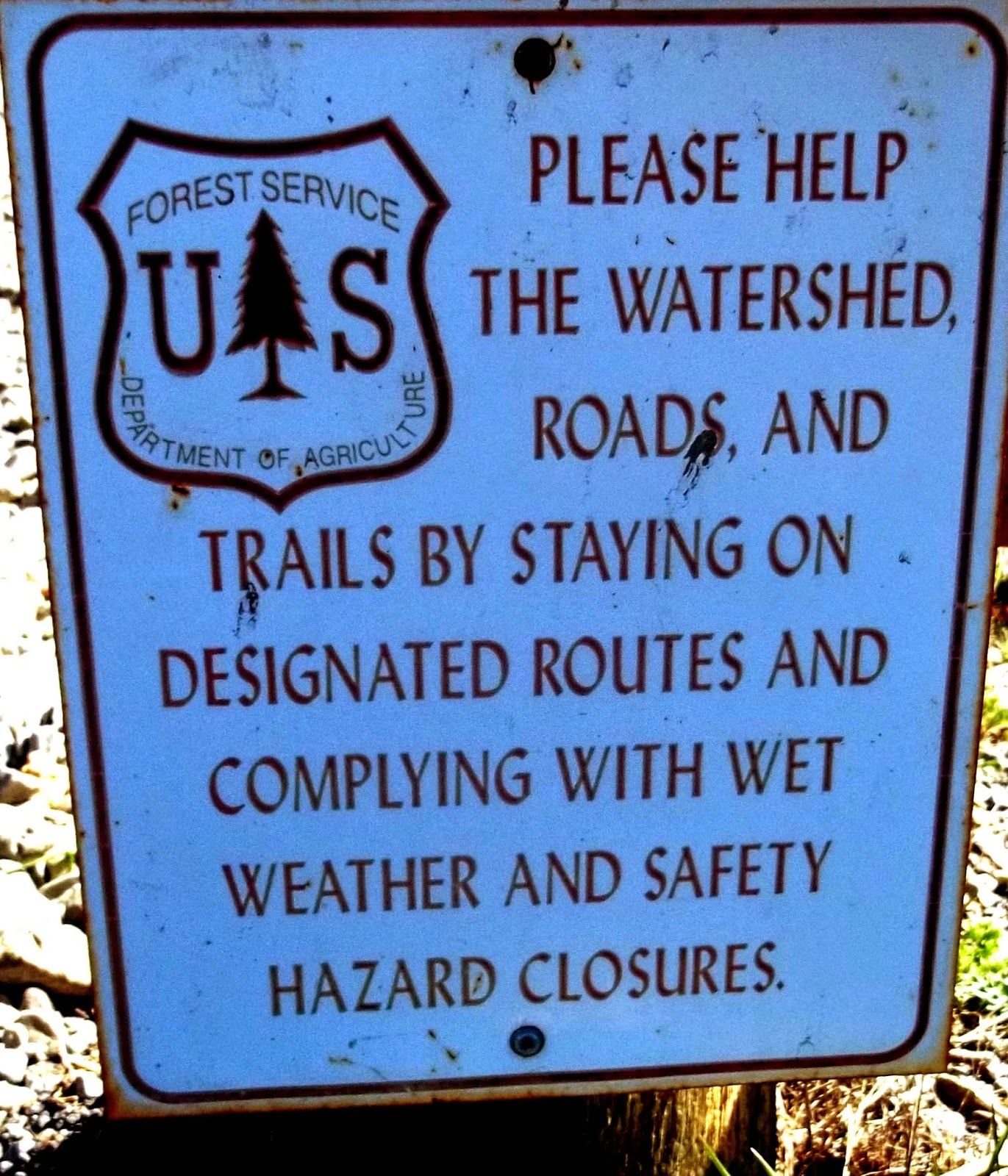 The concept of designating roads, trails, and areas to reduce environmental impacts has been around since the 1970s.  In 1972, President Richard Nixon issued Executive Order 11644 to control the use OHVs on public lands, to protect the resources, and to minimize conflicts among various uses. 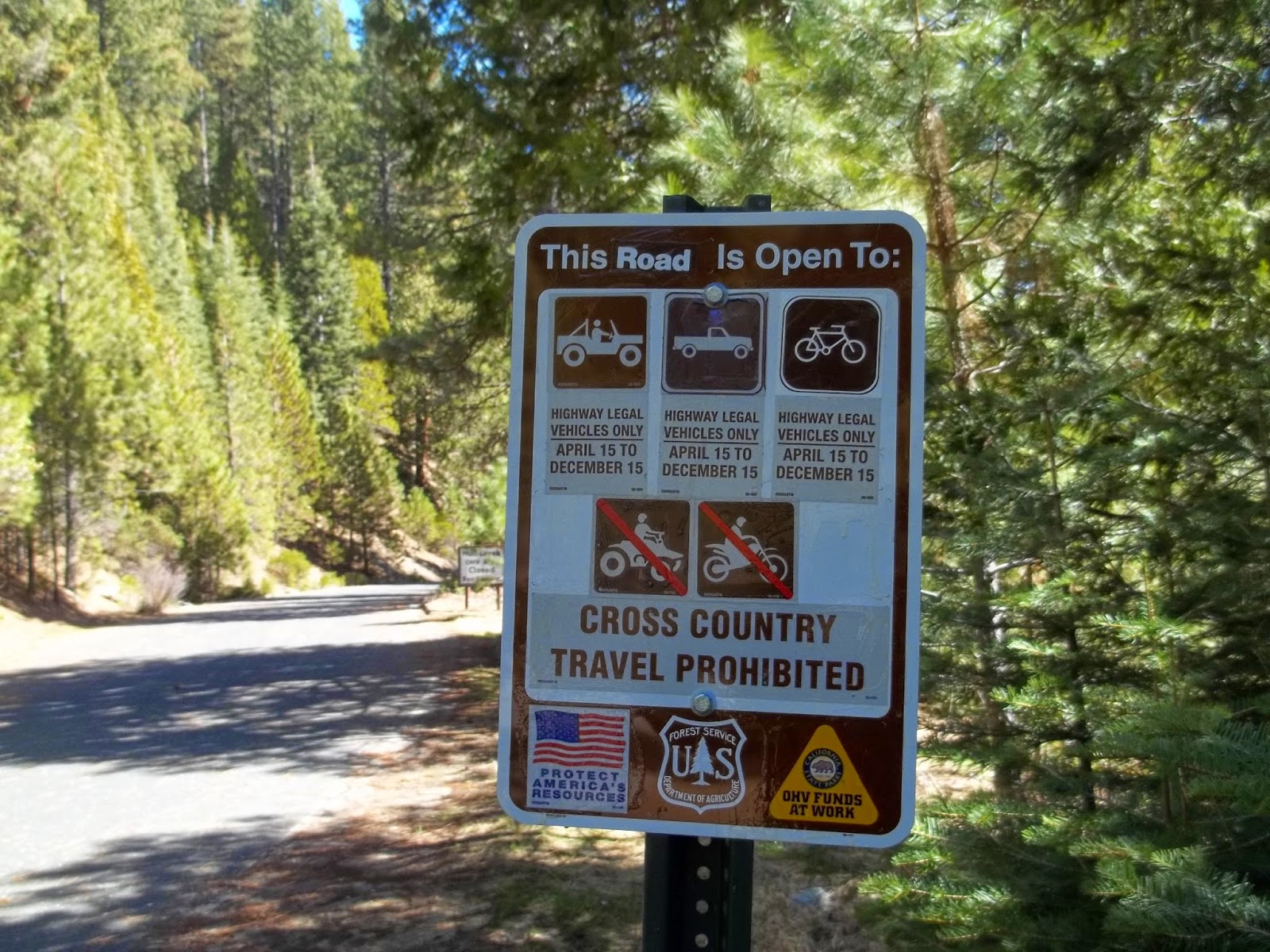 In 1977, President Jimmy Carter issued Executive Order 11989 that directs federal land managers to close areas to OHVs where said use will cause considerable adverse effects on natural and cultural resources. It also orders the mitigation of those impacts before the route can be reopened. 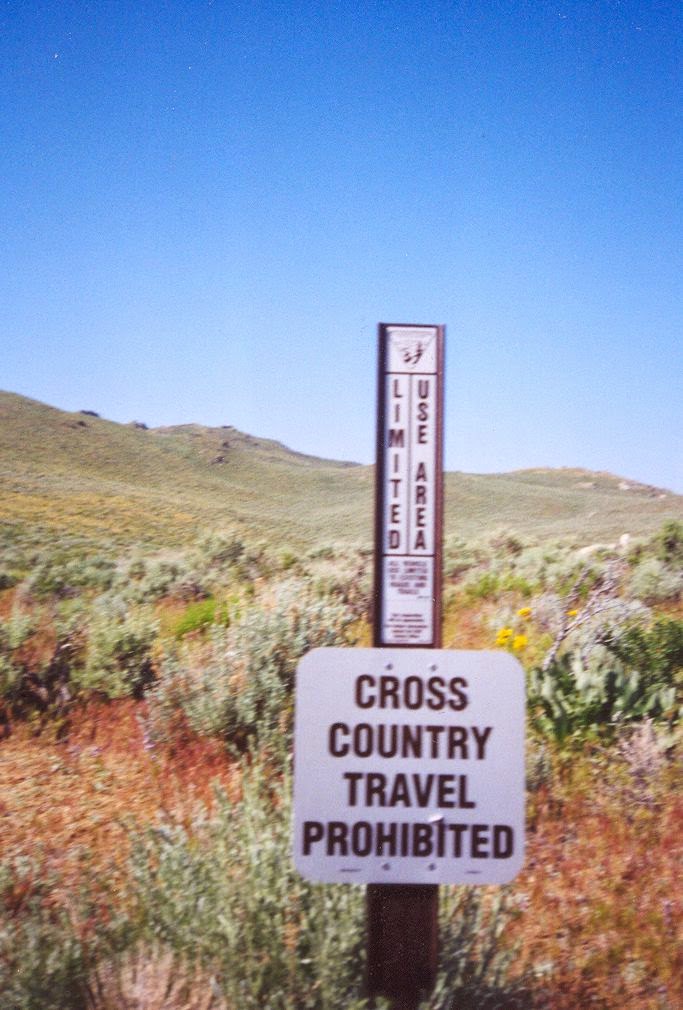 Since those early presidential directives were issued, Congress has passed many laws and regulatory agencies have promulgated numerous rules, including the Forest Service’s 2005 Travel Management Rule, to govern motorized use.

Despite that ever growing list of regulations, there are many units that have robust and growing OHV programs where new trail opportunities are being created, new partnerships are being developed, and long-term plans for managed motorized use are in the queue. 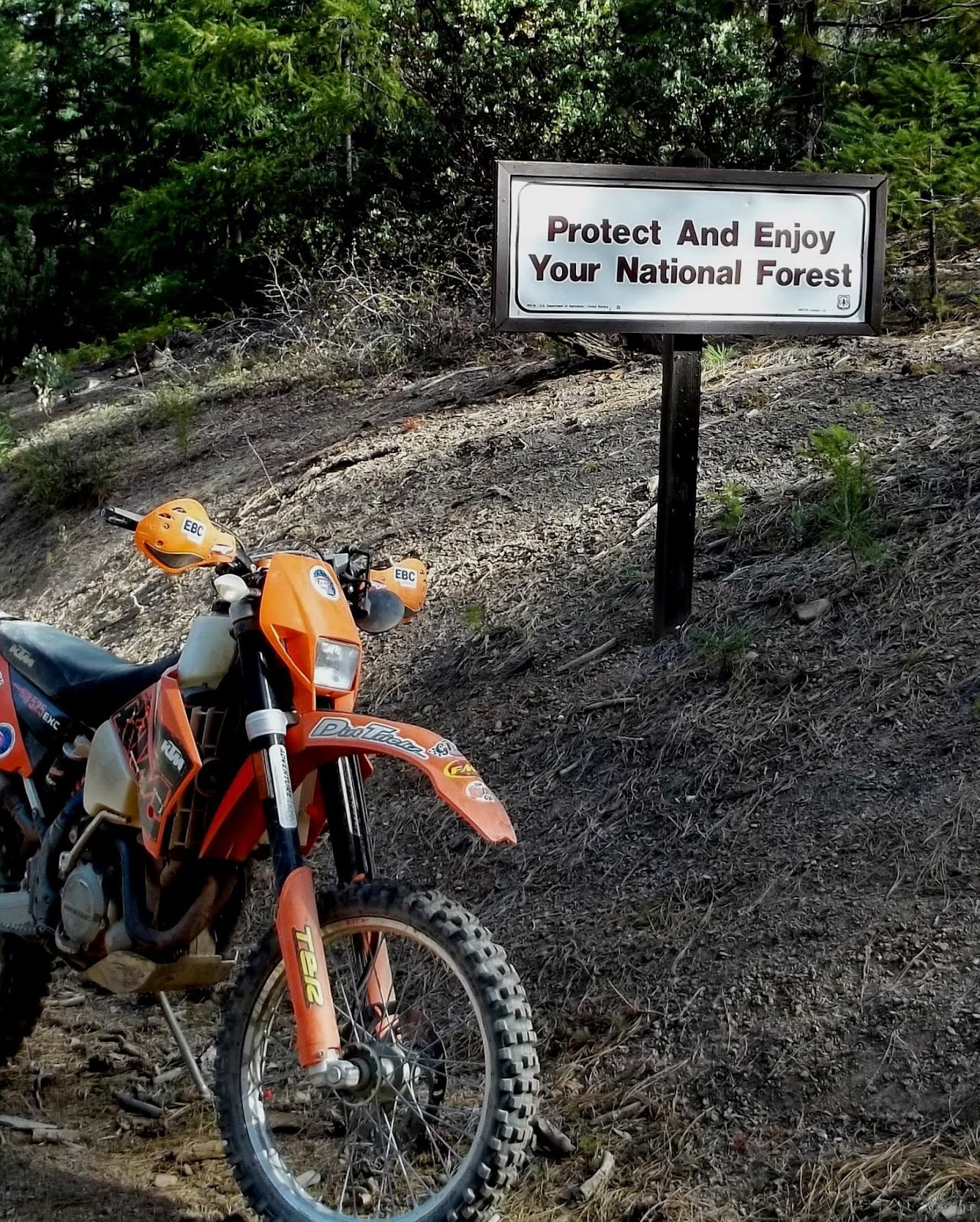 Law enforcement officers that QWR talks with continue to state that even though it appears that OHV access to public lands is a complex issue, the actual rules that govern the sport are very simple and easy to comply with. 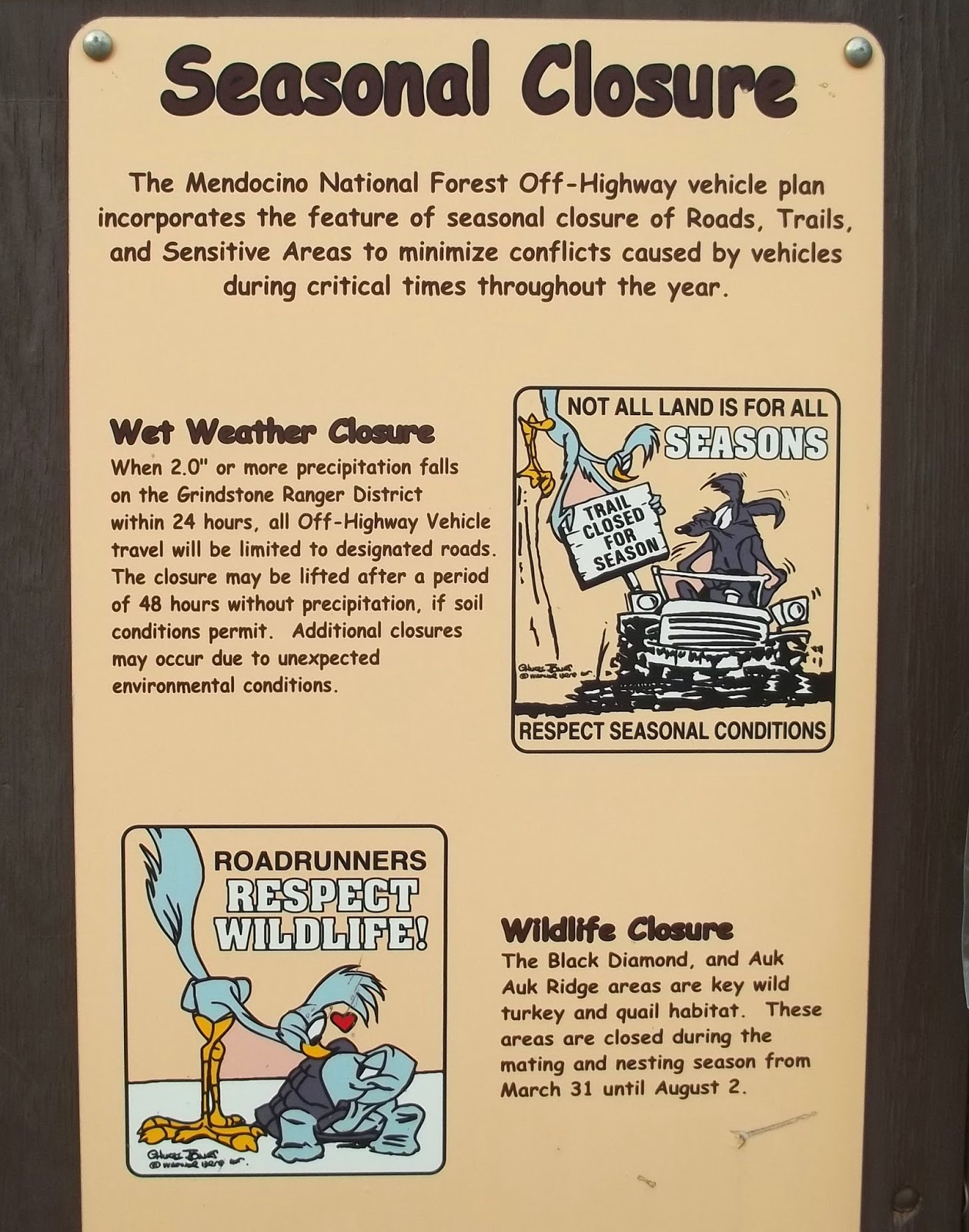 Those access tenets are as follows:  Use a sound compliant exhaust system that has a functioning spark arrester, have a valid license or permit, and stay on designated roads, trails, and areas.

This is not to say that OHV has an easy path ahead.  There certainly will be more rules and regulations that will be implemented to address water quality, soil loss, and wildlife impacts over the next 5-10 years.  There will be more meetings to attend, stakeholder groups to join, comment letters to write, and trail decisions to defend or challenge in court.

However, if trail enthusiasts can show respect for the resource and follow those simple three rules, QWR believes our future looks relatively bright and secure.

Posted by Don Amador at 9:24 AM No comments: 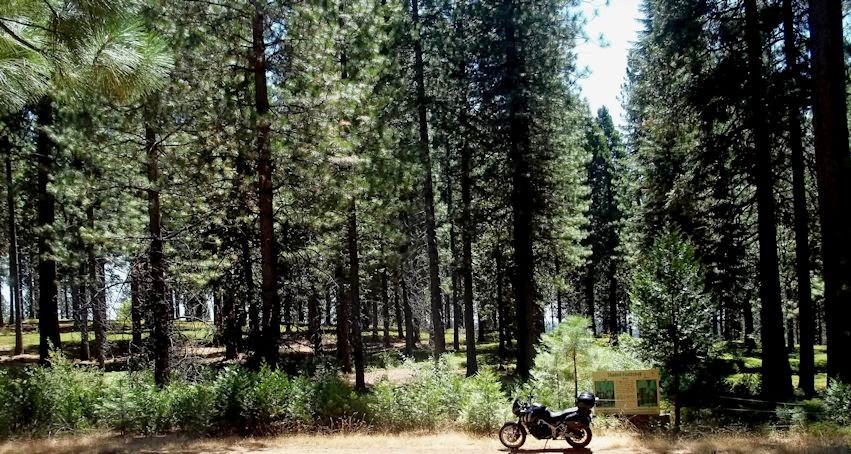 With smoke generated by numerous wildfires burning in Northern California stinging the eyes of many residents in coastal and inland valley areas, QWR believes it is important for recreationists and property owners to become more engaged in efforts to increase the number, size, and scope of forest /wildland fuel reduction projects on private, state, and federal lands. 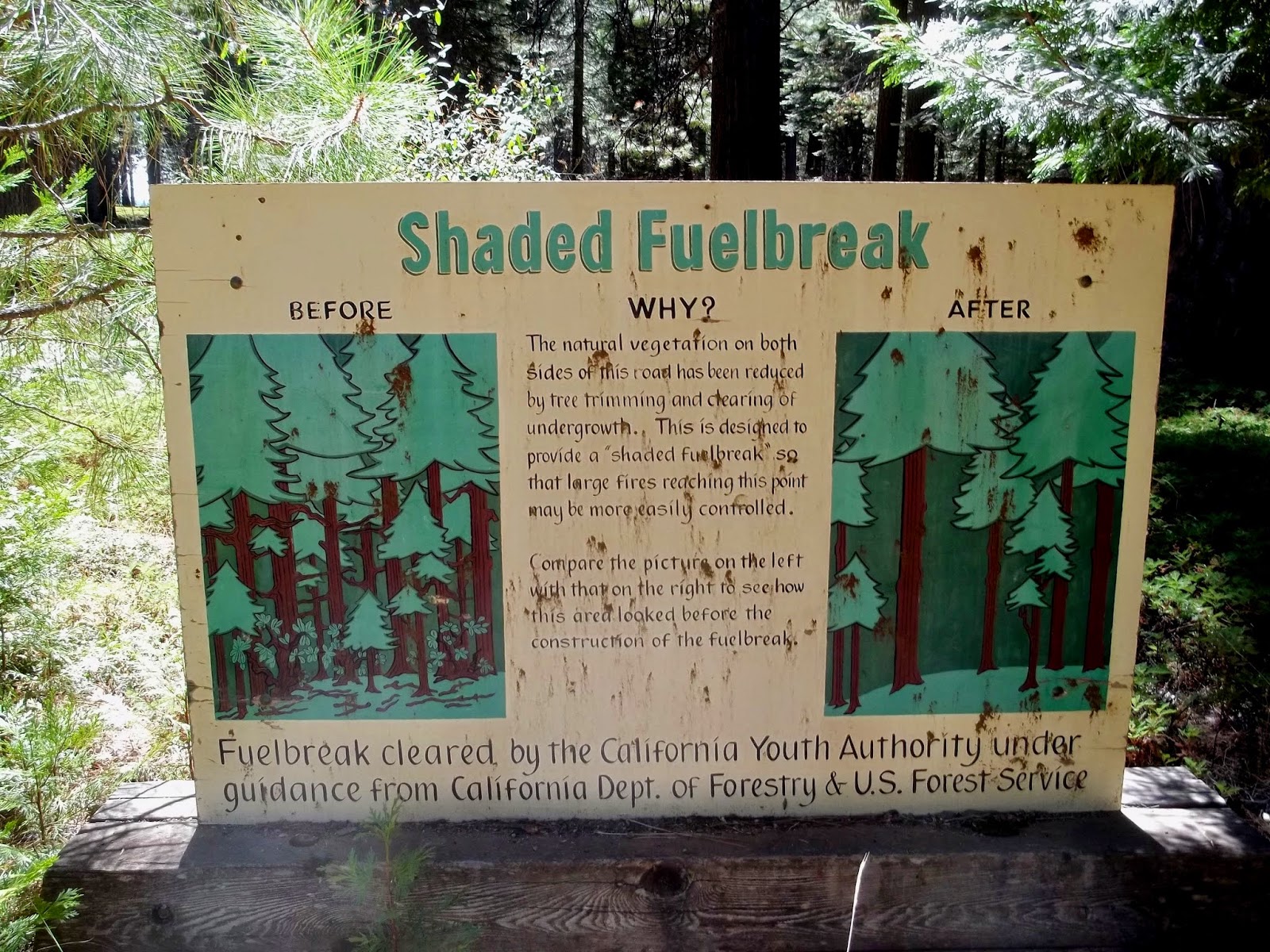 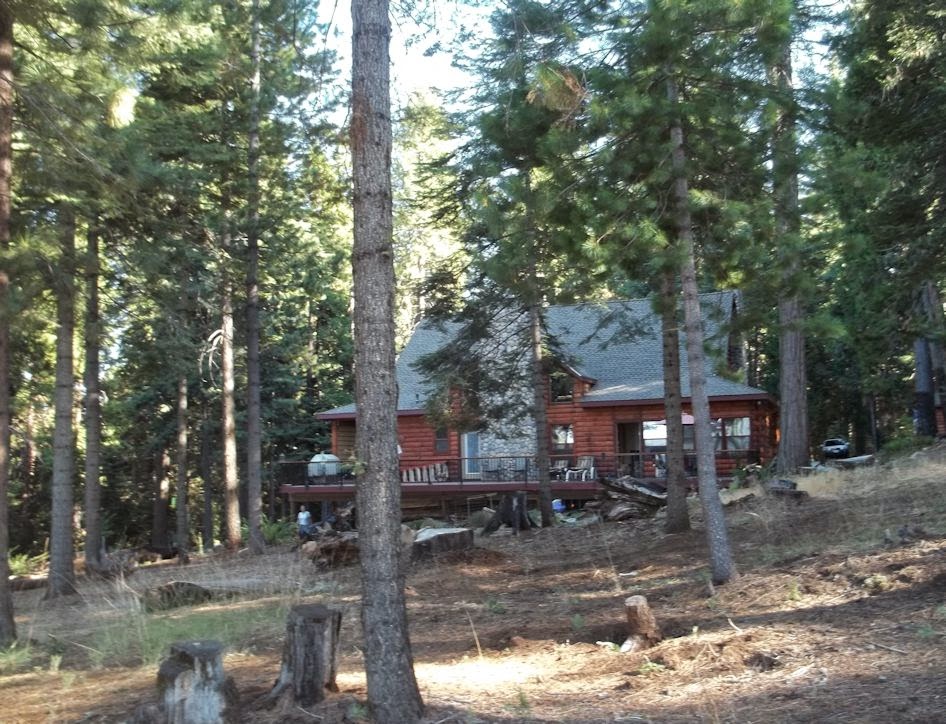 According to Fire Safe San Mateo County, one of the more common vegetation management practices is the creation of shaded fuel breaks, which are a carefully planned thinning of dense tree cover and the removal of underlying brush. These are placed in strategic locations along a ridge, access road, or other location such as around a subdivision.

The objective of a shaded fuel break is to reduce, modify, and manage fuels within designated areas in order to enhance mitigation efforts in the event of a wildland fire situation. A shaded fuel break does not remove all vegetation in a given area. 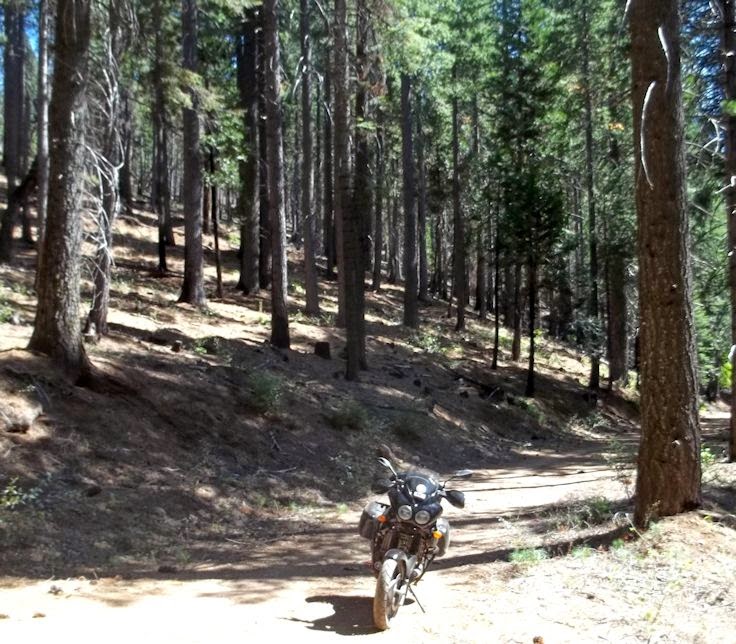 OHV recreationists and other public land users know all too well about how uncontrolled wildfires can impact destination trail opportunities at Stonyford on the Mendocino National Forest (2012 Mill Fire) and the Hull Creek OHV area on the Stanislaus National Forest (2013 Rim Fire).  Mandatory 1 year or longer “hazard tree” closures are imposed which eliminates access to trail and campground opportunities within the burn footprint. QWR commends those recreationists who are participating in pre and post-fire collaborative stakeholder processes.   Trying to find common ground with diverse interest groups on substantive vegetation management projects that can help protect resources and provide an economic benefit is an honorable task.  We really don’t have any other choice.
Posted by Don Amador at 9:47 AM 1 comment: 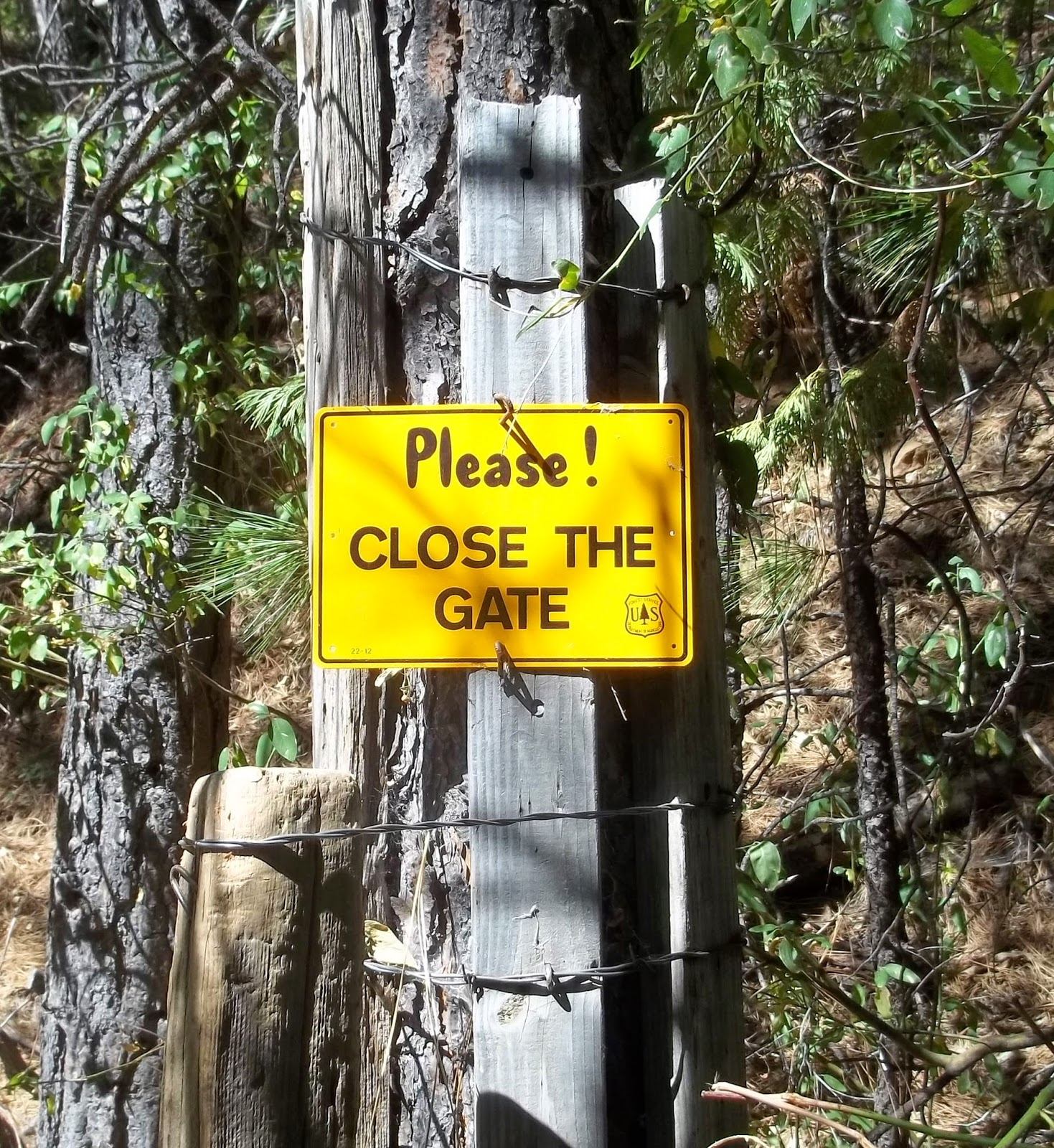 With more new riders taking up Adventure or Dual-Sport motorcycling it is important to remember that “multiple-use” of public lands means more than deciding what vehicle you will use to explore roads and trails on federal land in the West. 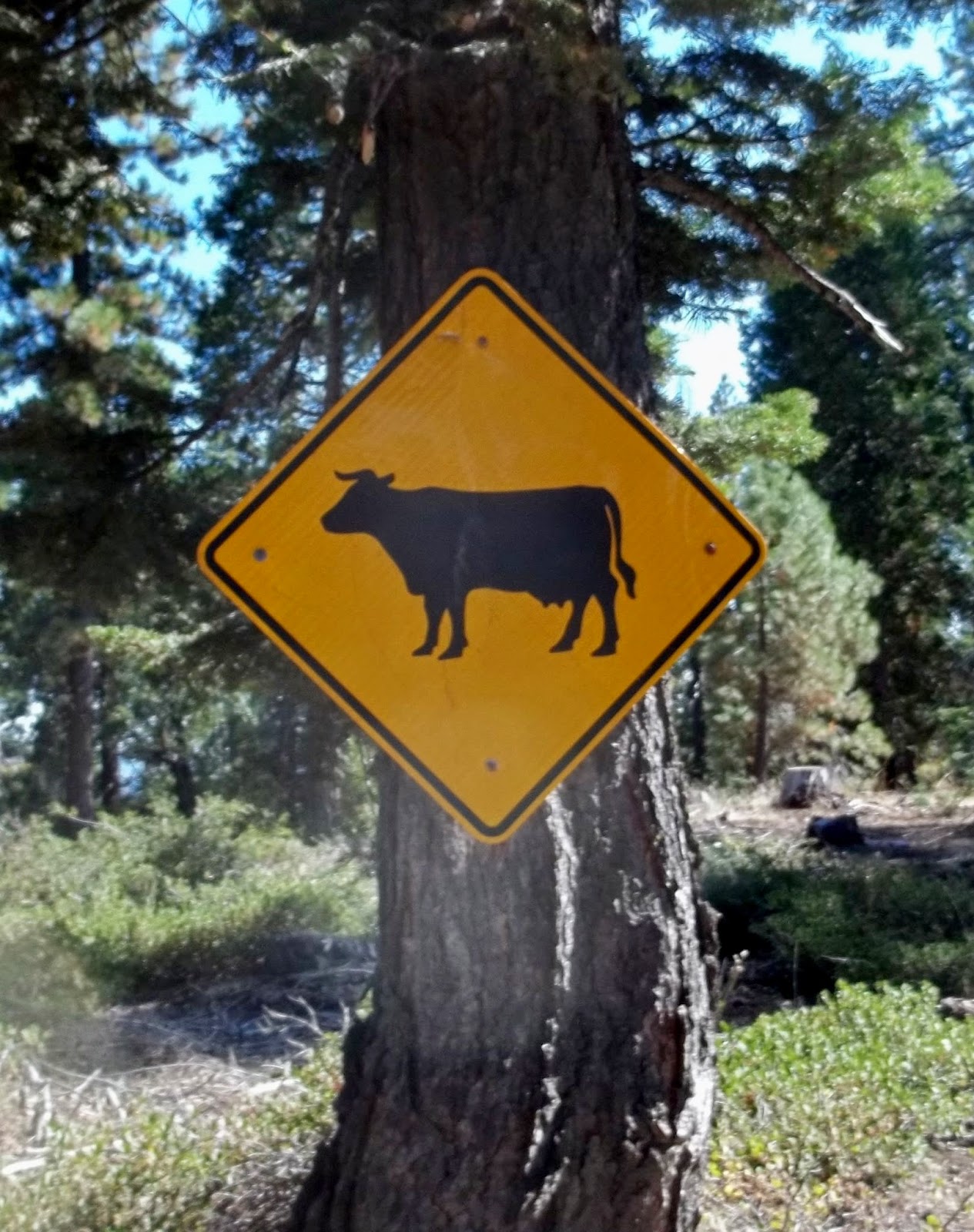 For this article, we will focus on “gate” ethics.  Both the Forest Service and BLM issue permits or leases that allow for cattle and other livestock to be grazed in allotments on public lands.  Often barbed-wire or “drift fences” are installed to keep cattle in the desired grazing area.

When these drift fences cross a designated road or trail, a barbed wire gate is usually installed which has to be opened and closed when a rider wants to pass through the gate.   There are usually “Please close the gate” signs located nearby.   If you are riding in a group it is important for the last rider to stop and make sure the gate is closed. 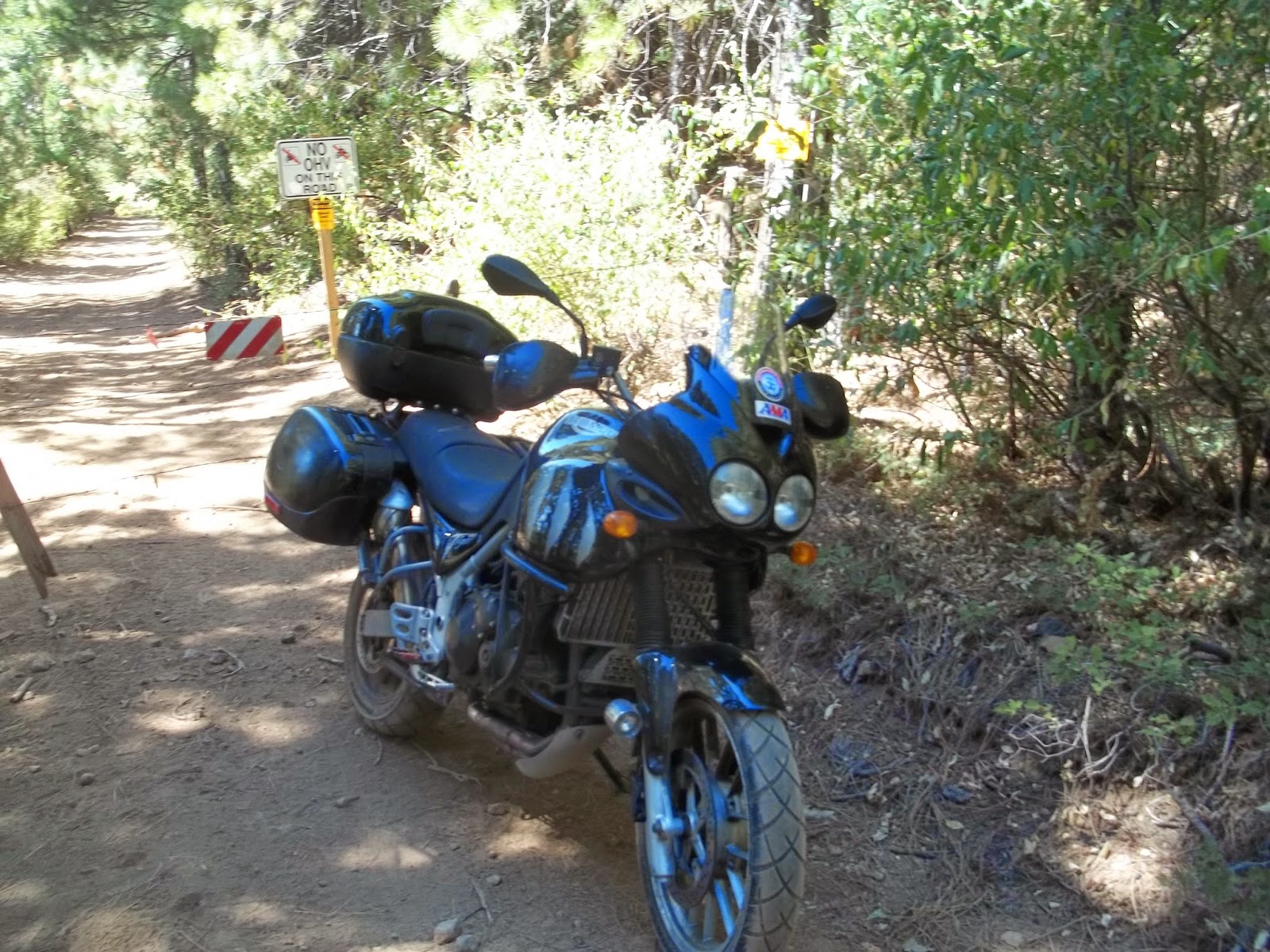 The Forest Service Law Enforcement website instructs riders to leave gates as you found them, whether opened or closed.  There are also a number of other “Backcountry Rules of Conduct” the agency recommends so that we all can better protect our right to ride.

By following a few simple rules and using common sense, QWR believes OHV recreationists can help preserve and protect our continued access to designated roads, trails, and areas.  You can do OHV a big favor by sharing these and other riding tips with your rider network.