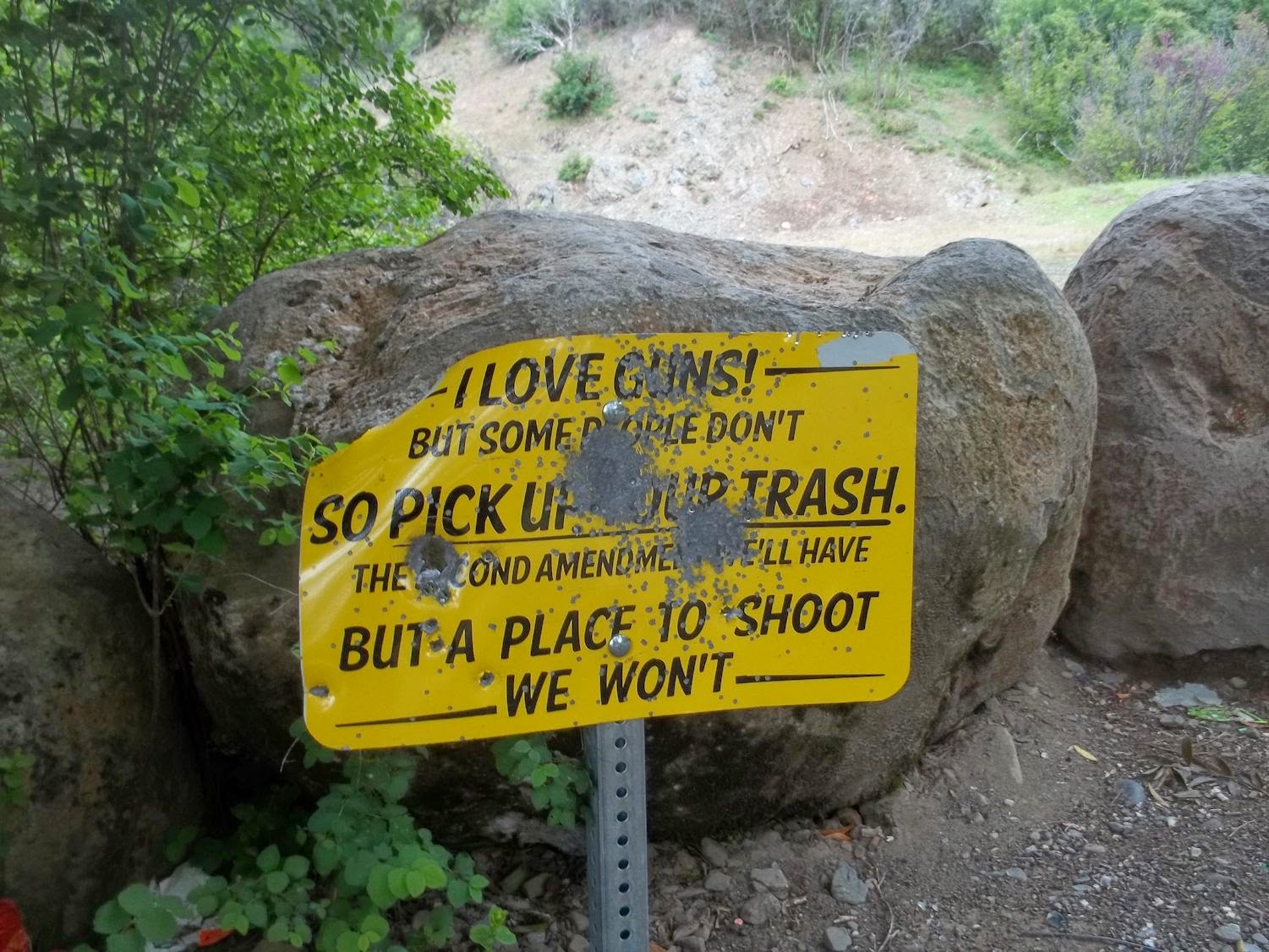 Our good friends at Tread Lightly! have developed some sport shooting ethics such as: practice target shooting and other shooting sports only on lands opened to shooting - never take a shot unless you see the target clearly and you know what lies between you, the target and beyond - don’t shoot across roads, trails, waterways or into caves - and do not shoot in developed recreation sites such as campgrounds, trailheads, parking areas or boat launches.

QWR believes it is important that you do not use live trees as a backstop and to make sure you have a dirt embankment as a bullet stop.  QWR supports TL’s recommendation that shooters check with the local land manager to find out about any restrictions.

Just as riding your OHV with non-sound compliant exhaust is unacceptable, shooting up signs and leaving your spent casings on the ground are equally damaging to ongoing efforts to protect and promote recreational access to public lands.