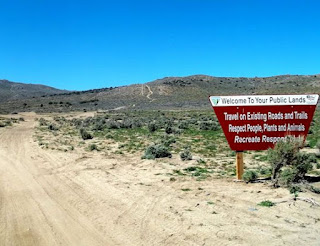 QWR strongly supports the decision made today by Acting Interior Secretary David Bernhardt to issue a  secretarial order requiring BLM to consider public access for outdoor recreational activities before deciding whether a federal parcel should be sold or exchanged.

This order should help the agency strengthen its ongoing commitment to preserving OHV recreation opportunities when disposal areas – previously identified by the BLM or Congress – overlap, or are adjacent to, existing Special Recreation Management Areas or other recreation or general use designations.

In California and other Western States, checkerboard or matrix lands can impede the BLM’s effort to provide connectivity for federally maintained roads and trails.  Consolidation can improve both motorized and non-motorized recreational opportunities particularly where the public was prohibited from legal egress and ingress by non-federal land owners.

Don Amador, President of Quiet Warrior Racing/Consulting, states, “I have long supported the concept of consolidation of BLM administered lands for public benefit and careful review of proposed disposal lands to ensure they are not currently being used for recreational activities or have the potential to provide access to new trails or other forms of recreation.”

“As a newly appointed ‘OHV Recreation’ representative to the Central CA BLM RAC, I look forward to discussions with other RAC members and the agency about looking for opportunities to purchase or exchange non-federal lands to enhance public access and recreational opportunity at existing BLM units or create new recreation sites in underserved areas,” Amador concludes.

Posted by Don Amador at 4:45 PM No comments: 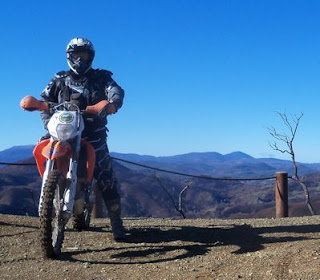 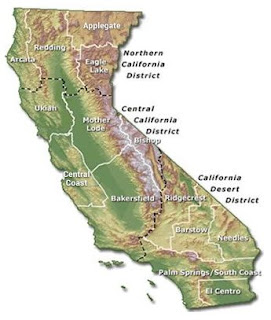 This particular RAC advises the BLM on public land issues within the boundaries of the Bakersfield, Bishop, Central Coast, Mother Lode and Ukiah field offices, which comprise the Central California District.

According to the agency website, the BLM maintains 37 chartered advisory committees located in the West. These include 30 statewide and regional Resource Advisory Councils; 5 advisory committees affiliated with specific sites on the BLM’s National Conservation Lands; and two others, including the National Wild Horse and Burro Advisory Board and the North Slope Science Initiative Science Technical Advisory Panel. 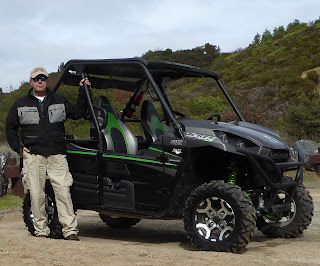 The Department of the Interior (DOI) established the RACs in 1995. RAC members vote on recommendations related to public land management and provide those recommendations to the designated Federal official who serves as liaison to the RAC. The Designated Federal Officer is usually a BLM line manager, such as the state director or district manager. 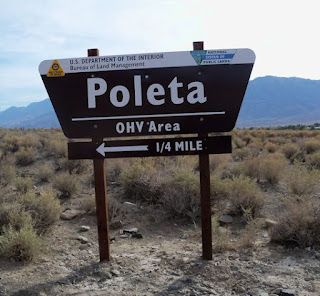 Although RACs are solely advisory in nature, the contributions of RAC members are of great value to the BLM and have aided in the development of balanced decisions that serve the interests of all public land users.

Upon the request of the Designated Federal Officer (DFO) the RAC may develop recommendations for BLM with respect to the land use planning, classification, retention, management, and disposal of the public lands within the area for which the advisory council is established and such other matters as may be referred to it by the DFO.

The RAC can also make recommendations on programs and policies to increase outdoor recreation opportunities for all Americans, expand access for hunting and fishing on BLM land in a manner that
respects the rights and privacy of inholders, and implementation of the agency’s regulatory reform initiatives.

Don Amador, a trail recreation and forest health advocate, states, “It’s an honor to be selected to serve on this RAC since most of my 29 years of recreation and resource management career has been spent on public lands within the RAC boundary.”

“Managed OHV recreation in the 21st Century is a sophisticated activity and has many moving parts which include construction of engineered trails, restoration of lands damaged by unauthorized use, law enforcement, maintenance of existing trail networks, protection of cultural resources, planning for new OHV areas, and education/safety programs,” Amador continues.

“OHV is a significant contributor to the economy and an important part of the California state-wide recreation opportunity matrix. OHV recreation is also an important partner when it comes to addressing the growing threat of intense wildfires on both public and private lands.  I look forward to working with other user groups on the RAC in support of access to, and resource management of, lands within the RAC’s project area,” Amador concludes.

Don is president of Quiet Warrior Racing, a recreation consulting company.  Don also serves as the Government Affairs lead for AMA District 36. He served on the CA Off-Highway Motor Vehicle Recreation Commission from 1994-2000. He is president and board member of the Post Wildfire OHV Recovery Alliance, a national non-profit organization, and since 2013 has served as Core-Team Lead for FireScape Mendocino, a forest-health collaborative.  Don is a member of the Governor’s Forest Management Task Force Northern Regional Prioritization Group. He is a 2016 Inductee into the Off-Road Motorsports Hall of Fame and recipient of the 2018 Friend of the AMA Award.

Posted by Don Amador at 7:42 AM No comments: