Despite numerous shutdown orders, efforts to champion responsible OHV recreation continued during the COVID crisis of 2020.  Some of those activities by government and non-government OHV stakeholders include carrying legislation in Sacramento, securing cooperative agreements with land agencies, applying for OHV grants, field recon of restoration or trail stewardship projects, hosting or attending endless zoom meetings, educating the public about COVID mitigation prescriptions, getting permitted events authorized by county health officials, planning for volunteer events once COVID restrictions abate, and launching a new non-profit organization to support the 50th Anniversary of the CA OHV Program. 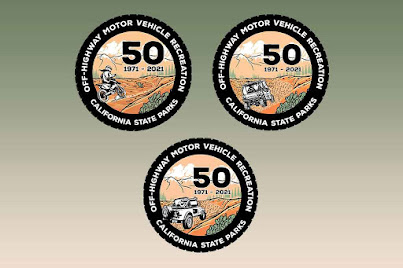 As a board member of the California Outdoor Recreation Foundation (CORF), I want to share some of the work that CORF has done over the last 6 months during our weekly board meetings.   Of course there was a lot of paperwork that needed to get filed with state and federal agencies.  Logos, organizational narratives, and website also had to be created.

Our new website has gone live and states that CORF was established to partner with the California Department of Parks and Recreation to celebrate the 50th anniversary of the Off Highway Motorized Vehicle Recreation Program. CORF will provide promotional materials for this historic milestone, as well as assist in the planning of OHV Safety Week, a new annual program with a goal of educating thousands of recreation enthusiasts throughout California. 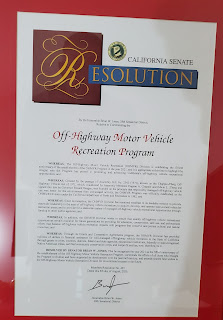 Despite numerous ongoing challenges that face OHV recreation, I think the CA OHV Program and its supporters have a lot to be proud of.   We have a holistic program that is focused on providing access to sustainable high-quality motorized recreation on public lands in CA.  OHV is also working in a collaborative manner with conservation groups, non-motorized recreation organizations, natural/cultural resource interests, and wildfire practitioners to protect and preserve our recreation opportunities for current and future generations.

Be sure and check back into the CORF website for future announcements about upcoming activities and events.  Also, feel free to send in a donation to help support the CORF mission as we celebrate 50 years of OHV recreation in California. 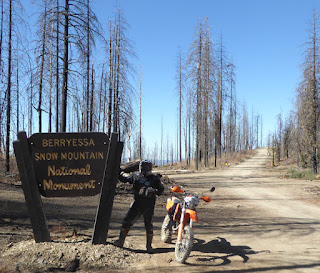 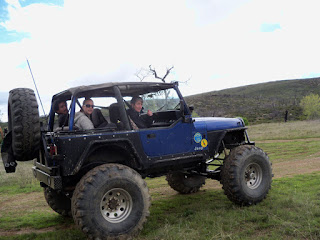 What made the event unique is that OHV recreation was featured as a key partner in development of the plan to bring additional resources to enhance both conservation efforts and existing/ future non-motorized and motorized recreational opportunities within the Monument boundary. 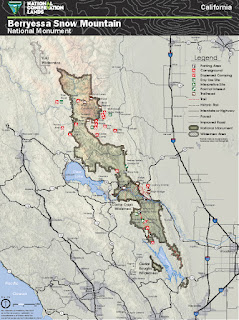 As an important part of the BLM’s commitment to improve existing and future recreation opportunities, the agency issued a news release on January 15, 2021 that invites the public to the Berryessa Snow Mountain National Monument’s BLM Trails and Travel Management Workshop on January 28, from 5:30 to 8:00 p.m. This virtual workshop will provide an overview of the BLM travel management process, which is scheduled to begin later in 2021, and invite participants to provide comment.

Many of the OHV organizations that worked with conservation groups on development of the national monument understand that federal lands in or adjacent to the national monument are home to a number of destination and dispersed high quality OHV trail recreation opportunities that exist on designated roads, trails, and areas. 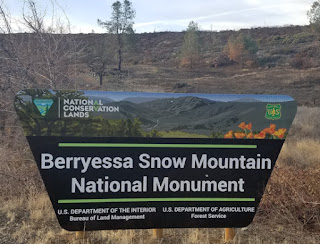 However, there are some areas in the Walker Ridge/Indian Valley Reservoir part of the monument that do not have a designated route network.  Your participation in the travel planning process will help identify trails that are important and those that may be causing resource damage or trespass onto private property.

If you use or want to use this area for motorized or non-motorized recreation, be sure and sign up to be part of this travel planning effort.  It will also be good practice for other federal planning efforts that are being developed.

Posted by Don Amador at 9:33 AM No comments: 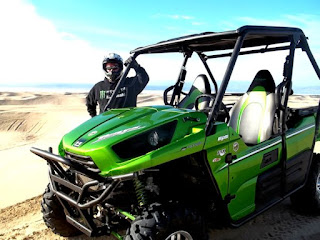 After attending – and speaking at - the December 3, 2020 OHV Commission meeting, many in OHV leadership and other stakeholders had hoped the draft PWP would address our concerns about the planning effort having nothing to do with enhancing OHV recreation but rather was adding momentum to ongoing political efforts that seek to permanently ban OHV recreation at the SVRA.

My comments at the commission meeting also centered on the PWP potentially supplanting the 1982 Coastal Development Permit (CDP) that authorized current levels of OHV activities including beach camping.

Unfortunately after doing a speed read of the Executive Summary and the Plan, it appears our comments fell on tone deaf ears based on some of my initial takeaways from the draft Plan.

KEY POINTS OF CONCERN IN THE DRAFT PWP

Addresses failure in the initial PWP process to include any meaningful benefits to OHV recreation by creating a “future” OHV enhancement concept that might be considered AFTER the Oso Flaco Improvement Non-Motorized Project is completed.

RESPONSE: OHV representatives have stated all along the Oso Flaco Improvement Project must include motorized access and camping immediately and not at some uncertain future date.

Addresses failure in the initial PWP process to include any meaningful benefits to OHV recreation by stating they might purchase a hazardous waste site - where OHV families can play and camp - from Phillips 66 if the property becomes available for acquisition.

RESPONSE:  Placing OHV facilities at hazardous or toxic waste sites is insulting to the OHV community.  It would place an exorbitant cleanup fiscal burden on the OHV program and nobody wants their children to play on an old toxic waste site.  This OHV option also places OHV recreation and camping that much closer to the Mesa residents.

Addresses concerns in the initial PWP process about it supplanting the CDP by stating it does not affect or remove State Parks’ vested rights as a State agency that were codified in CDP 4-82-300 relating to park use, or other State laws and codes.

RESPONSE:  Why worry now about grandfathered OHV use in the CDP when the draft PWP proposes to enact their own draconian OHV use and camping bans that are far more restrictive than allowed in the CDP?  Here are those proposed capacity limits.

Interim street-legal day-use limit of 1,000 will be implemented and retained until an updated carry capacity study is completed. This limit is a 62% reduction from the current use limits.

An interim day-use limit for OHVs of 1,000 will be implemented and retained until an updated carry capacity study is completed. This limit is a 42% reduction from the current use limits.

Phase-out OHV/ATV rental concessions as current contracts expire. All existing agreements are set to term out in April 2022 and would not be renewed with the current scope of services. Phasing out of concessions is anticipated to limit the number of inexperienced OHV riders in the riding area, as visitors would have to bring in their own OHVs.

RESPONSE:  Tourists from around the world visit Oceano Dunes SVRA to experience riding an OHV at this bucket-list destination.  This feat is usually accomplished by renting an OHV from a concessionaire.  Also, people from all demographics and locations often rent an OHV because they cannot afford to purchase one or they want to try out an OHV to see if they want to take up the sport.  This phase out of rentals would disenfranchise a lot of stakeholders.

The draft PWP continues to avoid offering any meaningful enhancements to motorized recreation at the SVRA while trying to console the OHV community with promises of potential “future” opportunities at a hazardous waste site or next to the new non-motorized facilities at Oso Flaco.

Nobody likes getting sand kicked in their face and that includes the OHV community.