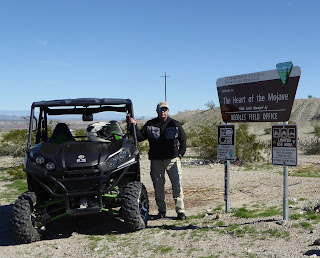 QWR greatly appreciates the Outdoor Recreation Roundtable (ORR) and their ongoing efforts to highlight the important fiscal contribution that outdoor recreation makes to the U.S. economy. 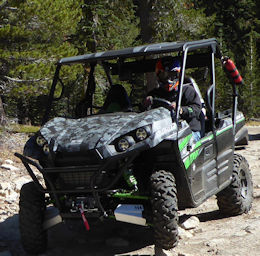 A news release last week from ORR about a new update from the Bureau of Economic Analysis (BEA) states this is the second consecutive year that the BEA, an agency of the U.S. Department of Commerce, has released formal, national-level data, a notable milestone for the industry now identified as a unique sector of the economy. For the first time, BEA also released preliminary data on the outdoor recreation economy at the state level for all fifty states and the District of Columbia. Having a rich set of both state and national data on outdoor recreation to draw upon will inform decision-making by businesses, policymakers, and managers of public lands and waters.

As you may remember, on September 20, 2018, the Outdoor Recreation Satellite Account (ORSA) and the U.S. Department of Commerce’s BEA released data that shows the outdoor recreation economy accounted for 2.2 percent ($412 billion) of current-dollar Gross Domestic Product (GDP) in 2016. The BEA report notes the outdoor recreation economy grew 1.7 percent in 2016 which was faster than the 1.6 percent growth for the overall U.S. economy. 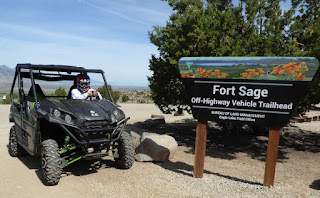 At that time, QWR contacted the BEA about our concerns that the agency may actually be underreporting the economic impact of “off-road” motorized recreation.  While BEA disaggregated motorcycle and ATV use from other motorized activities such as RVing, it appears the agency again fails to capture the direct and growing off-road economic impact of larger OHVs such as Side x Sides (SxS), jeep-type vehicles, four-wheel drive pickups, and all-wheel drive SUVs.

Posted by Don Amador at 6:48 AM No comments: 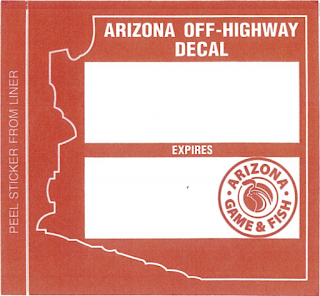 CA OHV enthusiasts who like to visit AZ came back from the Labor Day Weekend to find that they are now required to purchase an AZ non-resident OHV decal before riding in that state.   The new decal program became operational on September 1, 2019.

According to the AZ Department of Game and Fish - Out-of-state residents wishing to legally ride their off-highway vehicle and support OHV trail maintenance, education and law enforcement efforts in Arizona can purchase a nonresident OHV decal beginning Sunday, Sept. 1.

The new decal was supported and pushed by the OHV riding community during the 2019 legislative session and was signed into law by Gov. Doug Ducey. The law requires nonresident OHV owners to purchase a decal to operate the machines within the state.

All OHVs designed by the manufacturer primarily for use over unimproved terrain and that weigh 2,500 pounds or less are required by law to display a valid OHV decal to operate on public and state trust lands. This includes “street legal” OHVs that meet these two requirements.

Those caught riding without a current decal can be fined.

Don Amador, QWR President, states, “I think the new AZ decal program caught a lot of CA OHVers  off-guard.  As a trail recreation professional and former CA State Park OHV Commissioner, I have always taken pride in our reciprocity with other states that have an off-road recreation decal or sticker program.”

“It appears this plan may have a lot of unintended consequences that include placing an additional fiscal burden on non-AZ residents who like to enjoy OHV recreation opportunities there or forcing states with long-standing OHV decal programs to reconsider reciprocity with AZ riders,” Amador continues.

“I have reached out to the proponents of this new decal program for their rationale so CA OHVers can understand how this regulation was created,” Amador concludes.

Posted by Don Amador at 6:41 AM No comments: