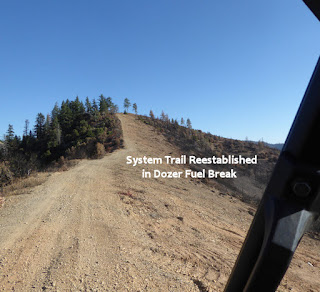 It is no secret that designated roads and trails provide recreational access to the great outdoors for millions of Americans.  In addition, they are often used by dozers to cut firebreaks or to provide ingress/egress for firefighters and support vehicles to manage a wildfire. 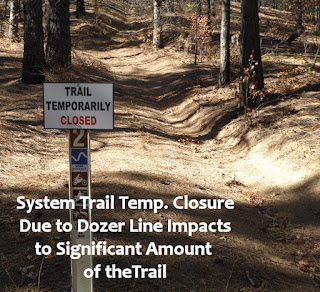 For the purpose of this article, QWR will focus on post wildfire recovery prescriptions for three different types of dozer line impacts to system routes.  Those situations include dozer lines created on an important connector or corridor road/trail, dozer lines that obliterate the core of a single-track or 50-inch trail network, and non-route related dozer lines that intersect a system road or trail. 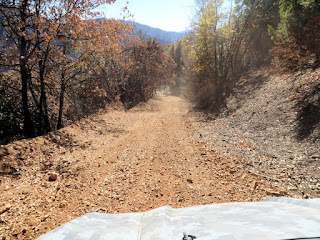 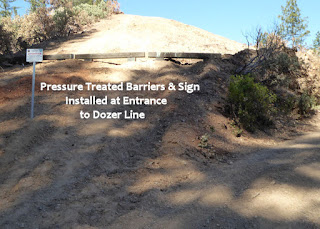 Secondly, the focus should be on installation of temporary pressure treated wood or natural wood/downed tree barriers and signs to restrict vehicle traffic where dozer lines obliterated the core of a single-track or 50-inch trail network.   This gives recovery crews time to focus on restoring public access on major connector routes.   Once that mission is accomplished then workers can focus on reestablishing and reopening the affected trail network. 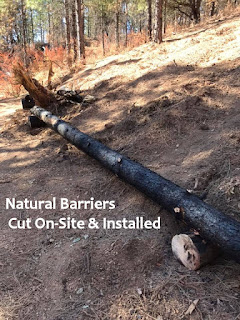 Lastly, dozer lines are also created on old non-system roads or historic fuel breaks from past fires.  These are not legal routes where installation of pressure treated, natural wood, or rock barriers are used to restrict vehicle traffic. 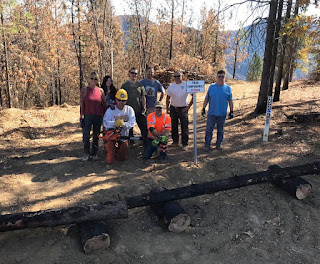 Often it is not the wildfire that directly impacts the trail but is the associated fire management activities such as building dozer lines that affect the road and trail system. 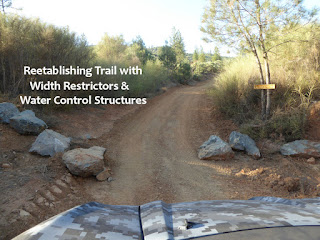 QWR believes a robust recovery and reopening strategy (using agency staff, contractors, and volunteers) should address dozer line impacts in a timely manner so as to avoid economic impacts to rural communities and recreation interests.

*QWR wants to thank the volunteers and agency staff who participated in the recent Post Wildfire OHV Recovery Alliance work party at the BLM Chappie Shasta OHV Area which is now reopened for public use. 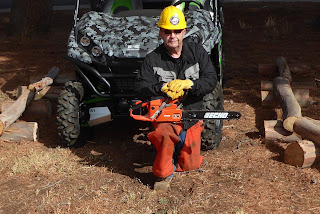 Over the last 18 years, QWR has witnessed the increased frequency of reoccurring intense wildfires impacting popular federal recreation areas in the California and the West. 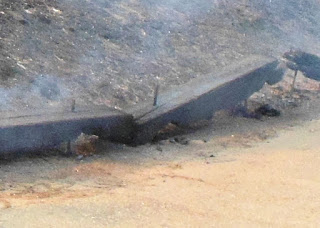 QWR believes this fire paradigm is going to be with us for the foreseeable future.  If that belief is correct, then it forces the trail community to reconsider more sustainable and cost-effective OHV management prescriptions including use of on-site natural wood products (i.e. downed fire damaged trees, etc.) to reestablish delineation of designated routes, highlight a trail entrance, or protect natural or cultural resources. 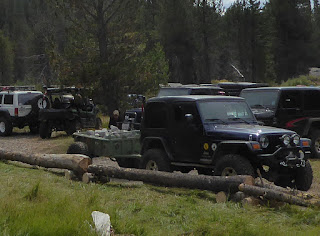 In September of 2017, QWR participated in a joint project between the U.S. Forest Service and Motherlode Rockcrawlers to armor portions of the historic Deer Valley OHV Trail. Part of that project included using downed trees as trail delineators to help protect a nearby alpine meadow from vehicle intrusion. 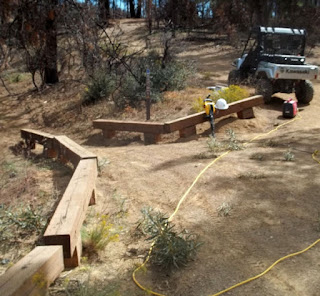 Using downed trees, trail crews comprised of Forest Service certified sawyers (both agency and volunteers) bucked up footings (about 20-24 inches in length) and then cut v-notches in said footings. 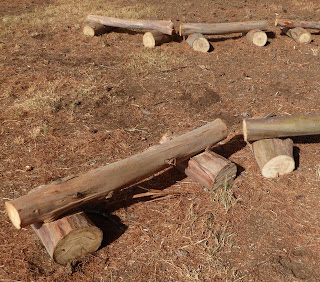 Example of Trail Delineator Using Downed Trees
Various lengths of trees were then laid into the v-notches of the footing which created a stable natural-looking no-dig delineator that highlighted the designated path of vehicle travel and/or the area that was protected. 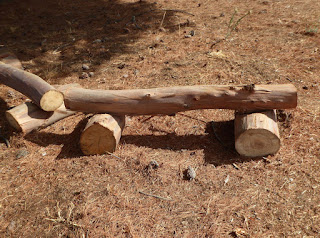 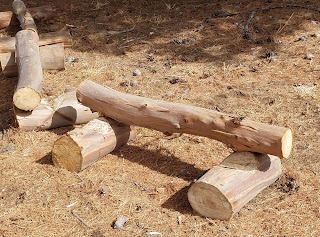 Over the last 10-15 years, QWR and other OHV volunteers have helped agencies with post wildfire recovery projects which often included installation of new pressure treated wood barriers to replace existing pressure treated barriers that were destroyed by wildfire.  Those efforts were time consuming and costly. 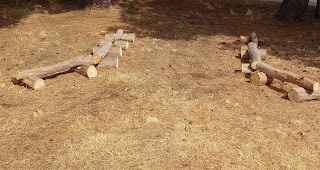 While that post wildfire model to “buy and replace” pressure treated barriers may still be valid and necessary depending on desired management objectives, QWR believes our new and more frequent wildfire reality requires us to reevaluate the automatic response to purchase miles of costly pressure treated wood vs. increased use of on-site dead or dying trees to construct trail delineators.

Posted by Don Amador at 1:16 PM No comments: 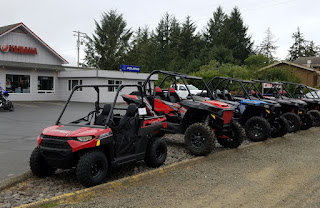 On September 20, 2018, the Outdoor Recreation Satellite Account (ORSA) and the U.S. Department of Commerce’s Bureau of Economic Analysis (BEA) released updated data that shows the outdoor recreation economy accounted for 2.2 percent ($412 billion) of current-dollar Gross Domestic Product (GDP) in 2016. The BEA report notes the outdoor recreation economy grew 1.7 percent in 2016 which was faster than the 1.6 percent growth for the overall U.S. economy.

These updated fiscal numbers are an increase from an earlier BEA preliminary report issued in February 2018 that showed the outdoor recreation economy accounted for 2.0 percent ($373.7 billion) of current-dollar GDP in 2016. 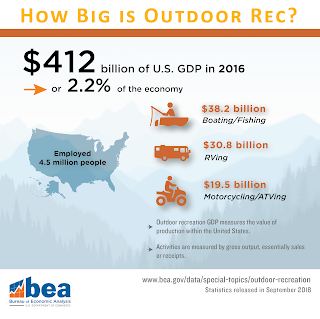 The new report states that motorcycling/ATVing activities accounted for $20.3 billion of real gross output in 2016, representing one of the fastest-growing activities at 8.0 percent growth from the previous year. 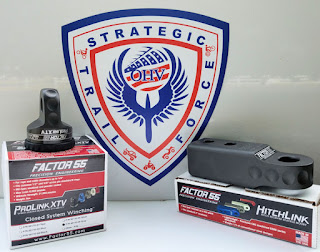 After an initial review of this new report, QWR believes BEA may be actually underreporting the economic impact of “off-road” motorized recreation.  While BEA should be commended for disaggregating motorcycle and ATV use from other motorized activities such as RVing,  it appears the agency has failed to capture the direct and growing off-road economic impact of larger OHVs such as Side x Sides (SxS), jeep-type vehicles, four-wheel drive pickups, and all-wheel drive SUVs.

QWR found it hard to identify where BEA captured the economic impact that comes from off-road motorized access to non-motorized recreation activities such as hunting, fishing, driving for pleasure, races, and wildlife viewing which are often highly dependent on motorized vehicle use. 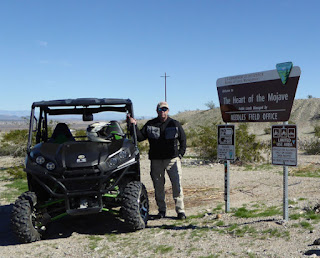 Don Amador, President of Quiet Warrior Racing/Consulting, states, “I believe BEA should try and capture the ‘off-road’ motorized recreation economic benefits where the larger OHVs are used as the primary activity or they provide access to non-motorized recreation activities. Most federal and state land agencies consider any motorized vehicle to be an OHV or off-road vehicle when being operated on native surfaced routes.” 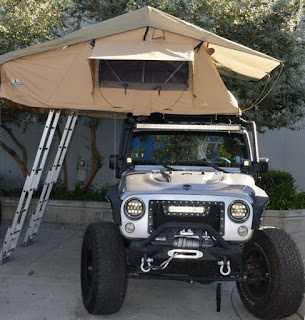 “There are huge economic benefits associated with off-road recreation.  A growing number of rural economies are based on SxS and/or street-legal OHV use.  Also, off-road recreation oriented manufacturing, aftermarket, and vehicle dealers deserve to have their economic impact factored into future BEA reports,” Amador concludes.

QWR believes this BEA economic impact report provides land agencies and government officials with important information that can and should be used in current and future recreation planning efforts.

Posted by Don Amador at 9:27 AM No comments: