As you know, QWR supports responsible rules and regulations that address excessively loud on and off-road motorcycles.  Recently QWR became aware of a poorly crafted ordinance being considered for adoption by Calaveras County in the Central Sierra.  As written, it would criminalize basically all sound emitting activities within the county including the operation of sound compliant OHVs, using a riding lawnmower, or starting up your stock Ford F-250 diesel pickup.

Here is an article on the issue
http://thepinetree.net/index.php?module=announce&ANN_user_op=view&ANN_id=32259

The Calaveras County Board of Supervisors was supposed to vote (Sept. 11) on it (many expected it to pass), but thanks to many letters from concerned citizens and businesses, that vote was postponed until September 25, 2012.  QWR will be checking in with the supervisors regarding this issue.

QWR letter is below:
﻿ 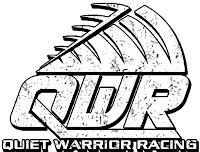 As a sound testing professional who promotes management of responsible motorized recreation on public and private lands, I urge you to postpone adoption of the proposed noise ordinance at your September 11, 2012 meeting.   Adoption of the proposal with the inclusion of Section 9 02 030 would make criminals out of a parent calling their children in from the yard for lunch,  a resident starting up their stock 2005 Ford F-250 Diesel pickup, and a person operating  their riding lawnmower or using their gas-powered modern weed whacker.  Here are the sound readings from the aforementioned sound sources that would be impacted by the plan.

The readings were taken using a calibrated Quest Type-1 law enforcement grade sound meter. The SAE J-1287 “20-inch” sound test for OHVs was used as the test procedure.   The tests were taken 20-inches respectively from the mouth of a male parent calling kids in for lunch, the left front bumper of a stock Ford F-250 Diesel, the exhaust tip of a 2010 Craftsman 17.5hp riding lawnmower, and the exhaust tip of a Troy Bilt Model TB21EC weed whacker.

According to the proposal as I read it, all of the aforementioned activities would exceed the sound limits of the proposed ordinance.

As you know, local municipalities often adopt either a decibel-based or a disturbance/nuisance-based sound or noise ordinance or a hybrid that uses portions of both concepts.   If not properly crafted, local sound laws can end up being functionally unenforceable and/or face constitutional challenges.

At this point, QWR urges the county to postpone a vote on the plan until the unintended consequences of the proposal on residents within its sphere of influence are more completely analyzed.

Posted by Don Amador at 4:41 PM No comments: