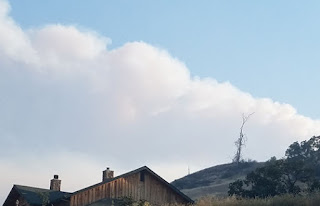 On August 3, 2018 over 150 people from Stonyford and surrounding areas attended a public meeting at the Stonyford Grange to get an update from fire professionals and land managers on the rapidly expanding Ranch Fire.  I attended this meeting on behalf of the OHV community and as the Core-Team Lead for FireScape Mendocino. 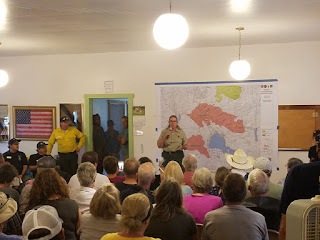 The Ranch Fire is part of the Mendocino Complex which also includes the River Fire that is burning the BLM’s Cow Mountain OHV Area and impacting private inholdings and surrounding communities of Lakeport, etc. 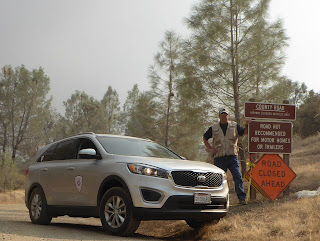 Goat Mountain Road is Closed Due to Ranch Fire

Fire leads highlighted the serious and aggressive nature of the Ranch Fire that has burned through large portions of the Upper Lake Ranger District’s OHV Area and through Bartlett Springs and Indian Valley Reservoir.  The fire is making runs up and over Goat Mountain through Tuleyome’ s property into the Stonyford OHV Area and also into Long Valley.

The three key points about the Ranch Fire that impressed me at the meeting were;

I expect that the Ranch Fire map produced later today will show the fire advancing towards the east and northeast consuming more of the Stonyford OHV Area and threatening residents near or in the Greater Stonyford area. 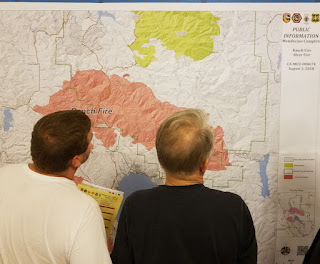 Of specific interest to the OHV community is a vast majority of OHV recreation (both casual use and permitted events) during the winter months in Northern California occurs on the BLM’s Cow Mountain OHV Recreation Area and the Mendocino’s National Forest’s Upper Lake and Stonyford OHV Areas.

Be assured that OHV leadership has already been working on a post-fire recovery strategy to help address what appear to be significant impacts to the affected federal recreation sites.

Let’s keep the firefighters and affected communities in our thoughts and prayers.