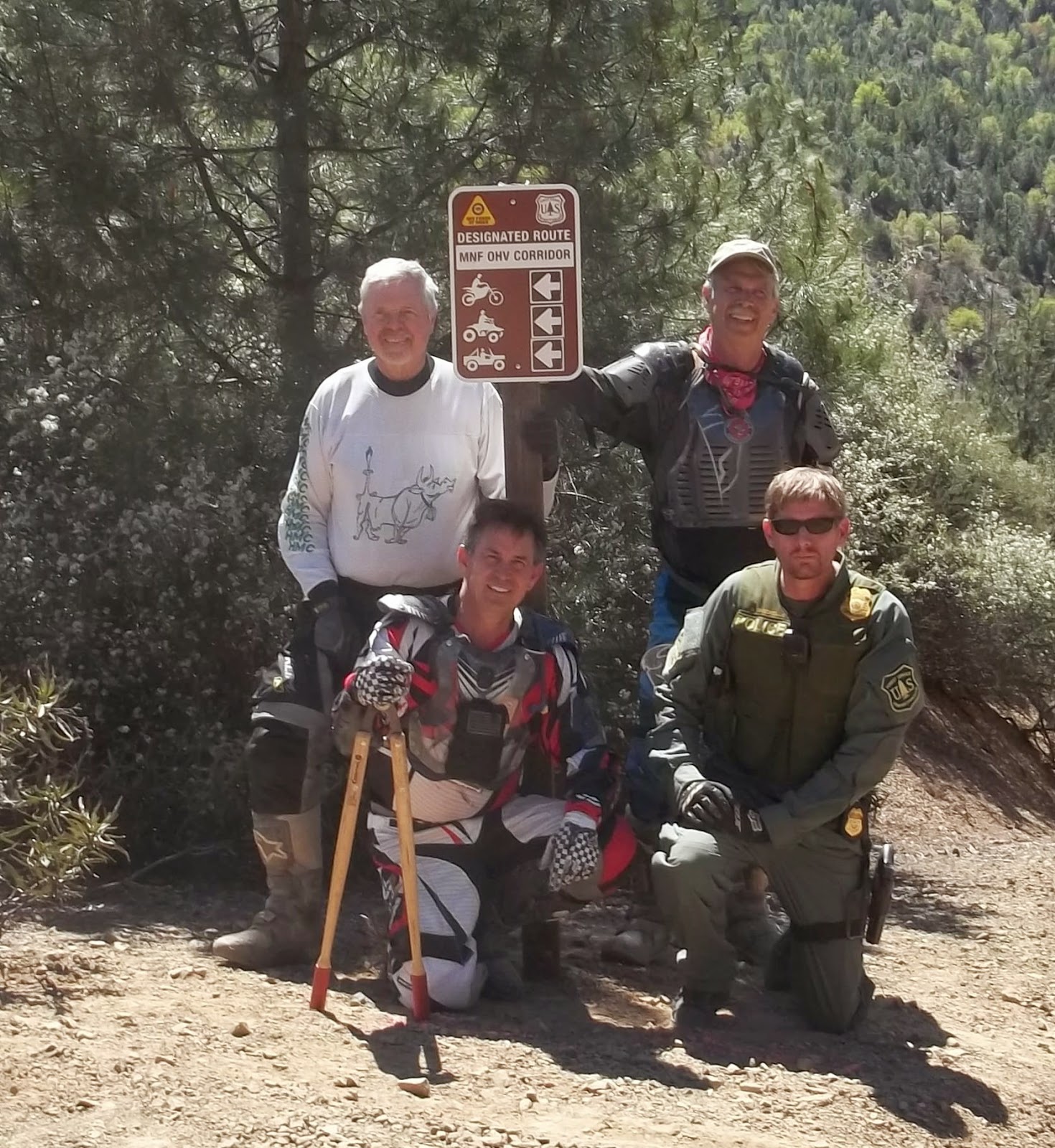 QWR wants to commend volunteers from the Hayward Motorcycle Club and the Marin County Motorcycle Association for their participation and support at the recent Young’s Corral Bypass Signing Project.  Riders helped Forest Service staff upgrade the current signing prescription to reflect reestablishment of an official OHV corridor between the Grindstone and Upper Lake Ranger Districts on the Mendocino National Forest. 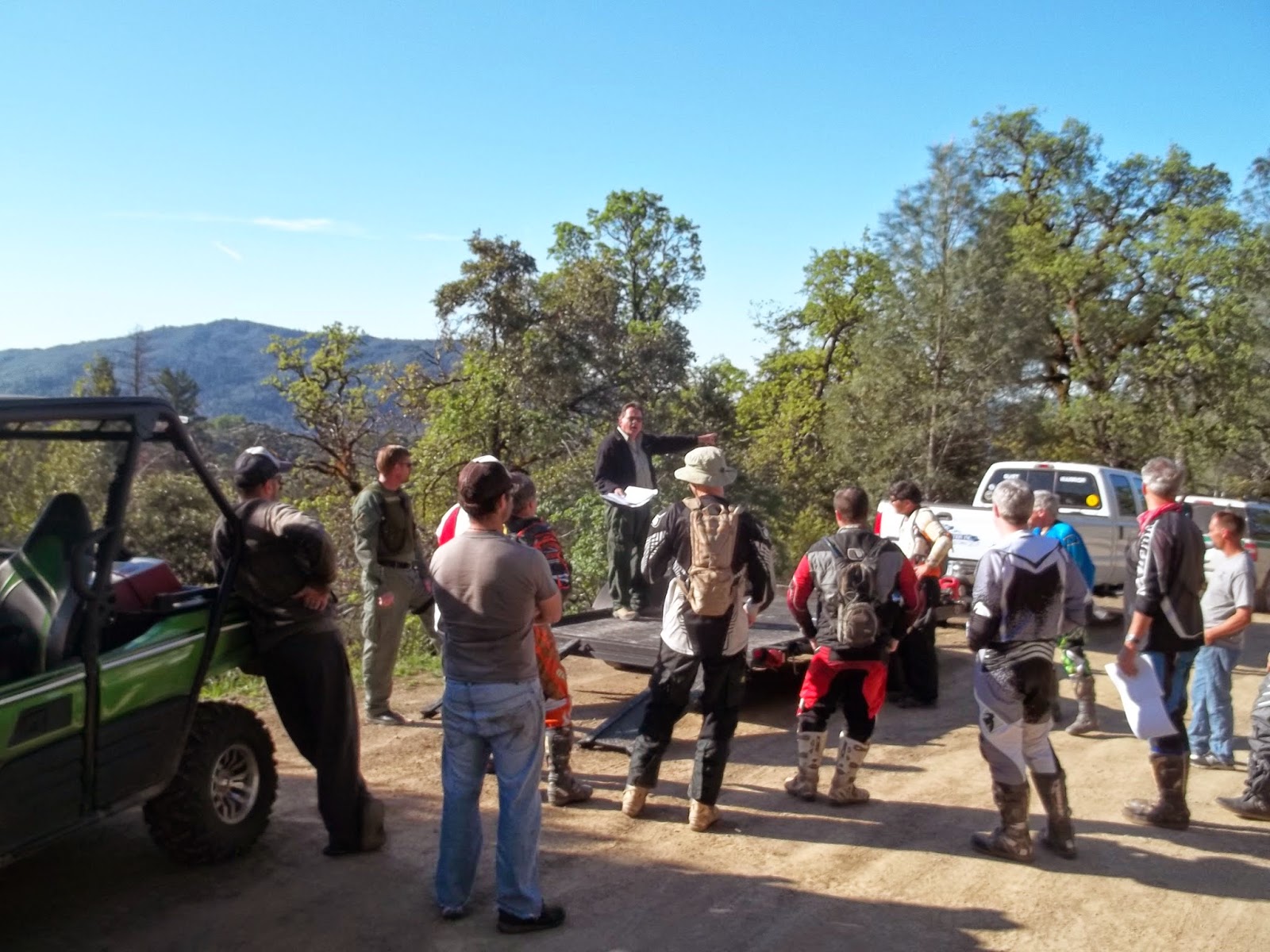 This has been a 7 year endeavor which started when private property owners decided to not allow public use on a segment of the old OHV corridor that transected their property.  Once no trespassing signs and gates were installed on the corridor by the owners, it became obvious that another route should be found and designated so non-street legal OHVs could tour between the two units. 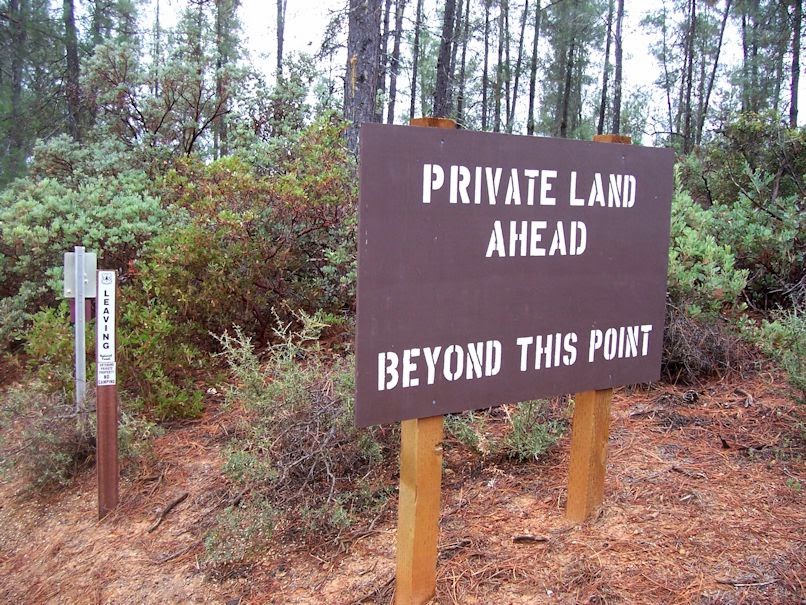 Another route was found but there was private property at an important intersection.  However, the solution was simple and that was for the Forest Service to utilize an existing road bed for a short bypass around the private property. 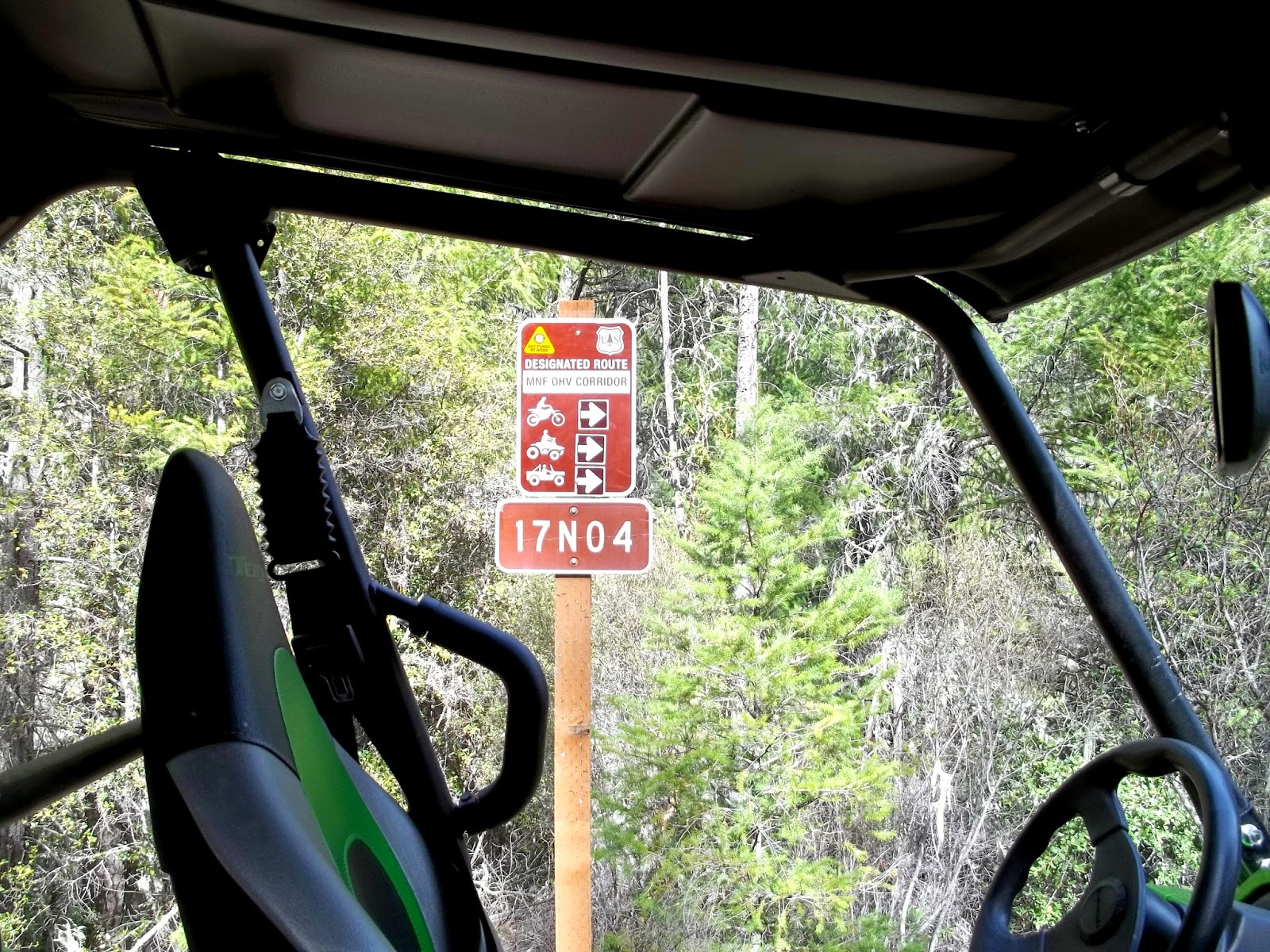 The Young’s Corral Bypass Project was completed last year and the trail bed was allowed to rest and cure over the winter season.   The signing update project reflected official reestablishment of the 26 mile long OHV corridor which allows use by non-street legal dirt-bikes, SxSs, and jeep-type vehicles. 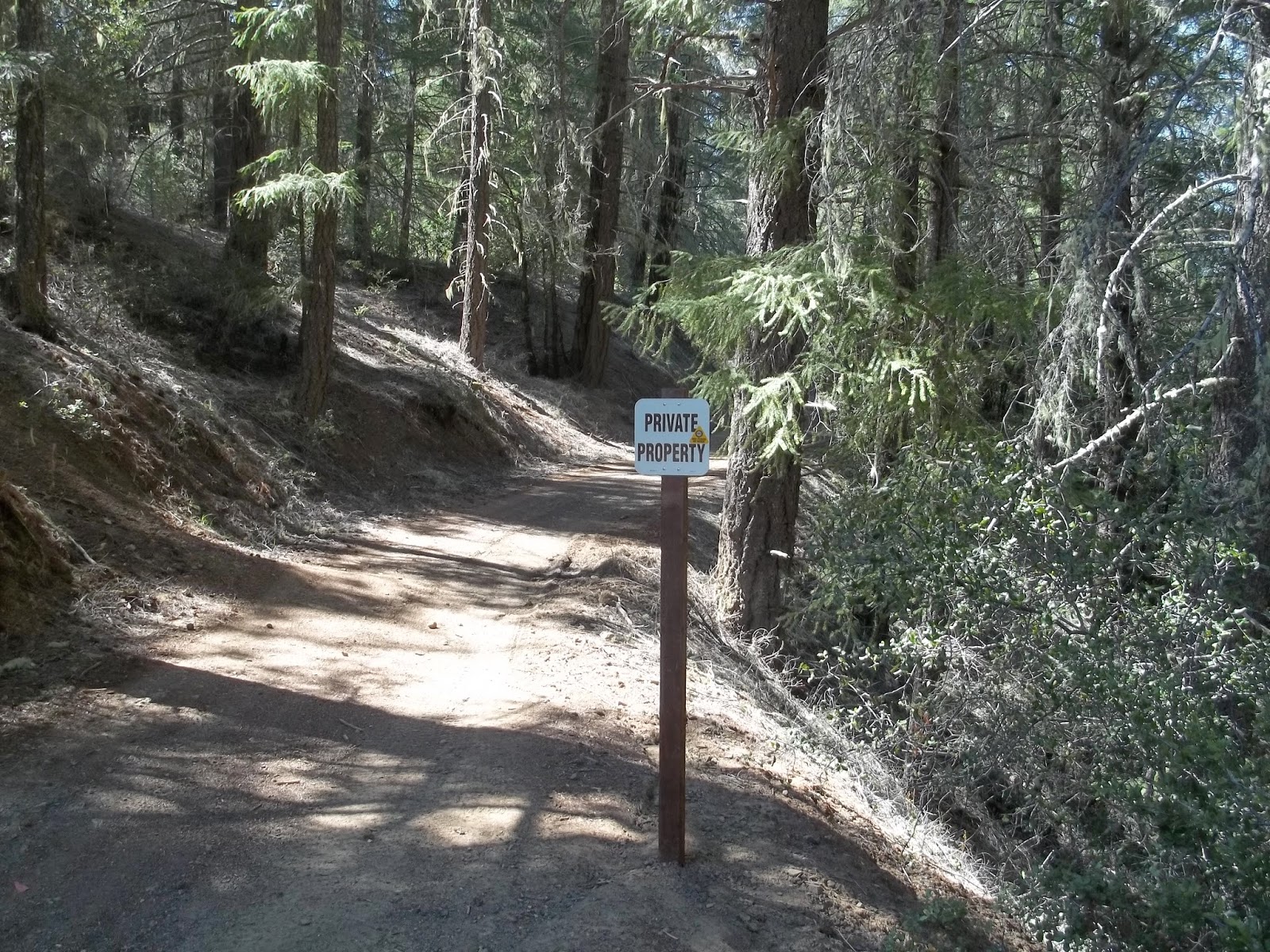 Sign Advising Riders that Private Property is Ahead
(i.e. Don't Go There)

QWR believes that long-term vision/commitment by volunteers and the agency to provide a sustainable, high quality, and common sense OHV route network is a key element to the future needs of the user community and the Forest. 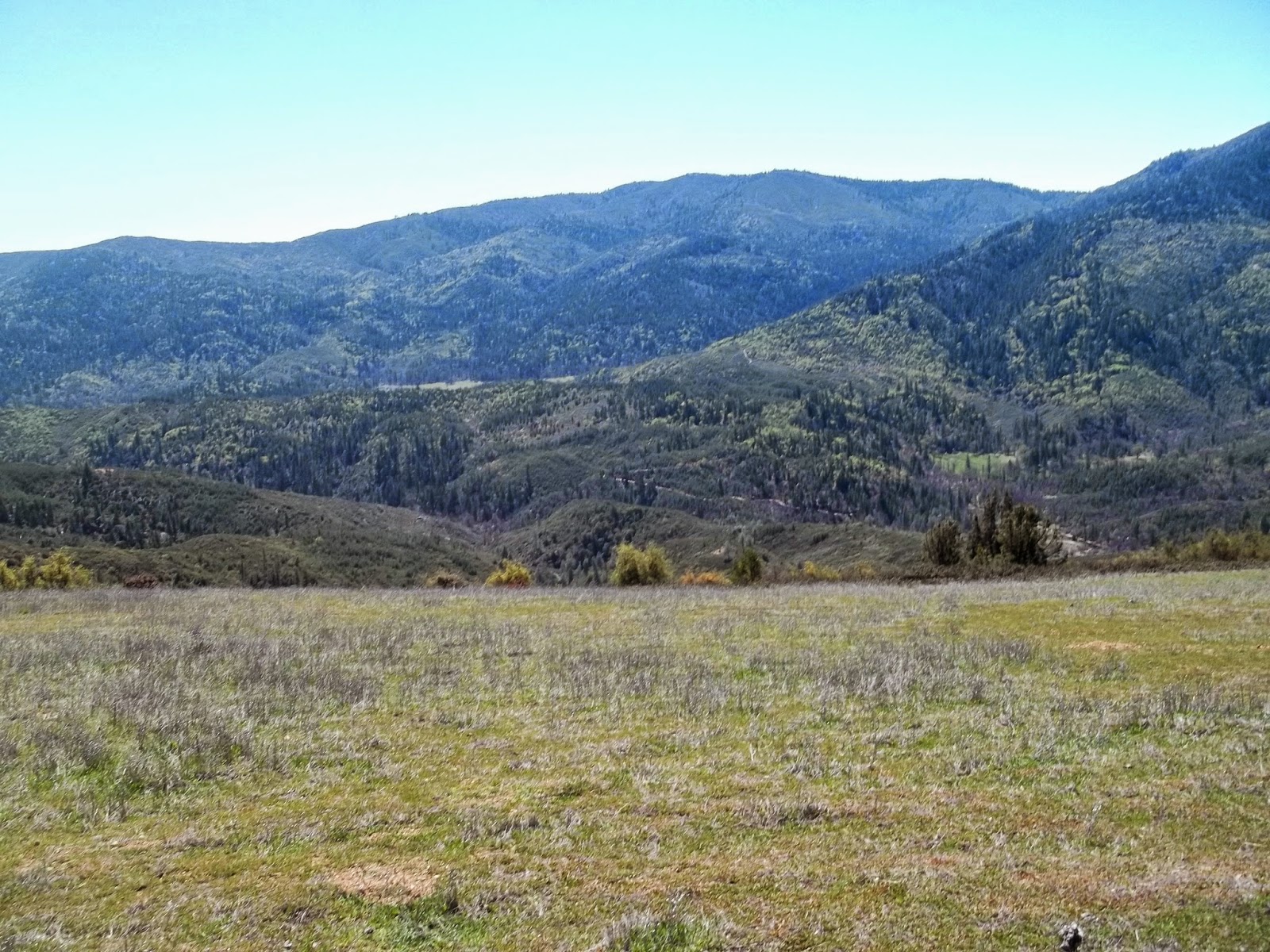 QWR wants to again thank all of the public lands partners including individual users, clubs, agency staff, and OHMVR Division for their support of this and other joint efforts.