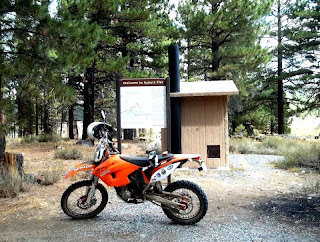 Kiosk at Kyburz Flat Interpretive Center
At QWR we believe “The Trails You Take on Life’s Journey are Important.”   Trails and forest roads can offer adventure riders a link to our past via interpretive centers often found along both well-traveled and less-traveled routes. 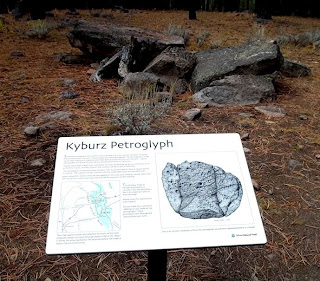 Station One: Kyburz Petroglyph
While participating in the 2013 Reno 200 Dual Sport Ride this past weekend,  I stopped at the Kyburz Interpretive Center to learn about what took place in this remote valley over the last 2,000 years.  This center is located on the Tahoe National Forest’s Sierraville Ranger District. 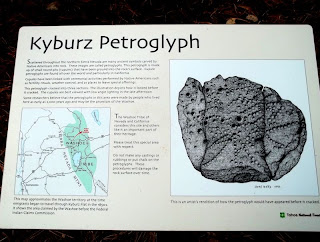 According to information at the kiosk, the valley was inhabited as early as 2,000 years ago by ancestors of the Washoe Indians who lived and hunted in the area.  At one of the three interpretive sites, there are rocks that contain cupules which are a form of petroglyphs.  Cupules are round pits that were etched into the rocks and are believed to be associated with various Native American rituals.  This site remains important to the Washoe Tribe.
Link to GPS Coordinates for Kyburz Flat Interpretive Center
http://goo.gl/maps/ykJv6
In the 1850s, emigrants began to travel through this area.  Henness Pass Road had a stagecoach stop in the 1860s at this site and the route also provided access to this valley for grazing and timber. Basques also ran sheep in this area starting in the early 1900s. 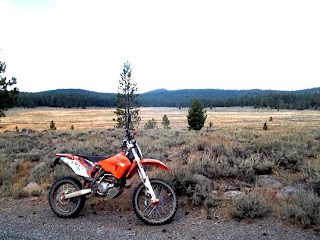 Next time you are in this part of the Sierra Nevada Mountains just north of Truckee, California, take time to enjoy this information center and reflect on the many treasures that are part of our collective history.
# # #