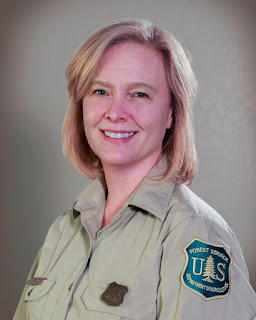 QWR would like to extend a warm welcome to Jennifer Eberlien as the new Regional Forester for the Pacific Southwest Region (R5).   She is replacing Randy Moore who was recently selected to be the new Chief of the U.S. Forest Service.

Don Amador, President of QWR and Government Affairs lead for AMA District 36, states, “I am glad to see Jennifer get the nod to replace Randy Moore as the new R5 Regional Forester.   Over the years, I have had the privilege to work with Jennifer on numerous recreation, access, and resource management issues.  We wish her all the best and look forward to working with her on future projects and collaborative efforts.”

Eberlien will oversee 18 national forests in California, which include 20 million acres covering the North Coast, Cascade and Sierra Nevada ranges and from Big Sur to the Mexican border in the South Coast range. Additionally, she will oversee state and private forestry programs in Hawaii and the U.S.-affiliated Pacific Islands.

An agency veteran with nearly 30 years of land management experience, Eberlien is currently stationed in Washington, D.C., where she has served as associate deputy chief for the national forest system since October 2020.

“Jennifer’s experience and proven leadership throughout the agency, particularly in the Pacific Southwest Region, makes her the perfect choice to become the next Regional Forester”, said Chief Christiansen, “She will bring care and strength to this critical position on the frontlines of the nation’s wildfire crisis.”