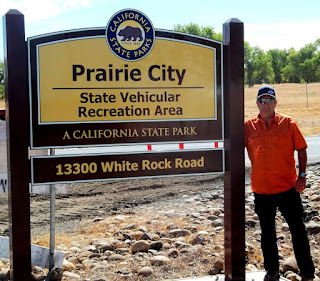 *Permission to share, repost, or reprint is hereby granted

There has been a bitter and constant fight to preserve and protect the California OHV Program since its creation in 1971.  For almost 50 years, public and private sector opponents of motorized recreation have used overt and covert means to “redirect” monies from the OHV Trust Fund to support non-motorized units of the State Park System.

In the early 1990s, one of my first battles was to help stop an effort by the California Natural Resources Agency to redirect almost 100% of the monies from the OHV grant program that allocates funds to the Forest Service, BLM, and counties that manage legal OHV recreation on public lands in their jurisdictions.

Another fight that I joined was to stop California State Parks from using OHV Trust Fund monies to purchase private property that provided no benefit to the Program.  Over the last 25 years, OHV organizations have defended the Program against a myriad of similar schemes to eviscerate or defund the Program.

In 2014, California State Parks launched the Park Transformation Process.  At that time, the State Park Director said the California Department of Parks and Recreation was going through a series of initiatives supporting strategic goals, such as improving visitors’ experiences and making the system more relevant to a broader and more diverse population. The effort, dubbed “Transformation”, would alter policies, procedures, guidelines, and organizational structures to support an entrepreneurial, service-oriented, creative and collaborative culture within the Department.

On the surface, Transformation sounded like it might offer some opportunities for highly-skilled OHV specialists and land managers within the Off-Highway Motor Vehicle Recreation Division (OHMVRD) to cross-pollinate with their counterparts at non-motorized units. 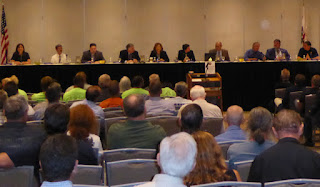 Unfortunately after reading Transformation documents and attending related public hearings in 2016, it was apparent it could devastate OHMVRD’s ability to manage its highly acclaimed system of State Vehicular Recreation Areas (SVRAs).  And that it might also negatively impact the grant program that supports managed OHV recreation on local, county, and federal lands.

In fact, I echoed those concerns and similar warnings voiced by former OHMVR Commissioner, Ed Waldheim, at the 2016 CA State Parks Joint Commissions meeting about the OHV Program being absorbed into the CA State Park System.  And, reminded the Transformation Team that back in 1982 the OHMVRD and OHMVR Commission were both created to address California State Park’s failure to effectively implement the 1971 bipartisan bill that created the OHV Program.

I believe that active forms of recreation such as OHV and boating are most effectively managed by line-staff at the local level where they have on-the-ground knowledge and meaningful relationships with their customers.  Historically, decisions to administer event permits, designate routes, and manage other park operations have been made by SVRA District Superintendents.  The same on-site decision-making holds true for units managed by county park departments, the Forest Service, and BLM.

On page 5 of the 2017 Operational Transition Plan, it states, "District boundaries and grouping of state parks were evaluated as part of this process, and the number of districts will be reduced from 22 to 21. In addition, districts will now be structured to include multiple forms of recreation, including off-highway motor vehicle recreation. As such, state vehicular recreation areas (SVRAs) will be incorporated into districts with different types of park units including state parks, state recreation areas, and others to create equal footing with other state park activities. As described in this Plan, the remapping of district boundaries will create more effective management and unified operation of park districts, which will in turn provide greater services to the public."

I believe that statement highlights a strategy on how the independence of the OHMVR Program that made for a successful world-wide recognized program has been reduced to a dependent, fiscally combined neutered transformation where OHV Trust Fund monies can easily be redirected to support non-OHV operations at State Parks. That would be in direct conflict to the 1971 bill that created the program and the 1982 legislation that created the Division and Commission.

The Transformation Process has now morphed into Path Forward 2026 and is scheduled for presentation at the upcoming OHV Commission meeting on December 3, 2020.

AGENDA AND ZOOM CALL IN INFO FOR OHV COMMISSION MEETING ON DECEMBER 3, 2020

Again, it is important to remember the OHMVR Division has a distinct mission that is carried out by a highly-skilled team of OHV-trained trail specialists, environmental scientists, law enforcement personnel, and grant administrators.

Those staff members at Division Headquarters are then led by an on-site management team that consists of an appointed Deputy Director, Division Chief, and Senior Environmental Specialist.

Since 1982, there has been a direct chain of command/communications between the Division and SVRA District Superintendents that is necessary for the Program to continue delivering sustainable world- class OHV recreation to CA residents and tourists.  Thanks to Transformation that effective chain of command no longer exists because the SVRAs have been moved into mega park districts.

The OHV districts and their District Superintendents had separate but equal management and budgeting powers compared to “regular” state park districts that were essential to the fast-paced recreation needs of the OHV community. That local decision-making power has been diluted by routing many decisions to a mega district with twenty or more park units competing for workload.

Based on my current observations of the Division and Program, I fear those concerns expressed in 2016 and at subsequent meetings have been realized as there appears to be a significant turnover of personnel at key leadership positions with no visible signs of urgency by Parks to fill, and/or if filled, the Division Chief position would not be sited at the Division headquarters.  This turmoil is not good for Division employee morale nor does it do anything to address the historically deep level of distrust that exists between the OHV community and State Parks HQ.

On April 15, 1912, the Titanic sank after hitting an iceberg while crossing the North Atlantic Ocean on its way from England to New York.  It was considered a state-of-the-art ocean liner and was thought to be unsinkable.   Many think misguided agendas and ill-advised plans were to blame for that disaster.

The greater OHV community must stand up to mount a vigorous challenge to ill-advised proposals in the Transformation Process and urge Parks to amend serious flaws in their plan so our Program will not meet a similar fate.

Don Amador has been in the trail advocacy and recreation management profession for 30 years. Don is President of Quiet Warrior Racing/Consulting. Don served as a chairman and member on the California Off-Highway Motor Vehicle Recreation Commission from 1994-2000. He has won numerous awards including being a 2016 Inductee into the Off-Road Motorsports Hall of Fame and the 2018 Friend of the AMA Award. Don currently serves as the government affairs lead for AMA District 36 in Northern California and also serves as the OHV representative on the BLM’s Central California Resource Advisory Committee.