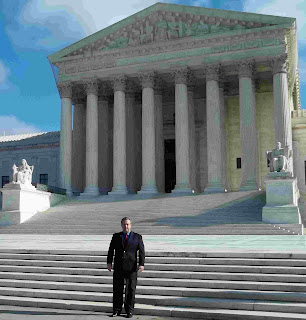 Government Overreach and the Constitution

I am not an attorney nor do I play one on TV.  However, I do have 30 years of experience working on land-use legislation, litigation, politics, and policy at the local, state, and national level.   Based on those experiences, I want to share my opinion with you.

In March, all Americans including recreationists were asked to comply with temporary Covid-19 shelter-in-place (SIP) orders and mitigation measures to “Flatten the Curve” to avoid overcrowding our hospitals and reduce the number of projected deaths.

The American public responded to the government mandates by largely complying with those plans and mitigations.   Recreation leaders in the grassroots and industry sectors also responded with outreach and education programs to encourage compliance with those temporary orders.

Today, many in the general public are now questioning some states and local jurisdictions that appear to have politicized Covid-19 restrictions by extending hard SIP orders – without a strong rationale - that apply to residents and businesses.

Considering the above reality in some states, it should come as no surprise for the U.S. Supreme Court (SCOTUS) to weigh in on the matter when potential violations of the U.S. Constitution appear to be taking place.

On such case is in Pennsylvania where according to the article linked to below: "A group of Pennsylvania businesses petitioned the US Supreme Court Monday in their lawsuit seeking to overturn Governor Tom Wolf’s March 19 executive order closing “non-life-sustaining” business in response to the COVID-19 pandemic."

SCOTUS has now weighed in by giving the PA Governor until May 4 to respond to a petition that accuses the commonwealth of violating the constitutional rights of its citizens.

Having SCOTUS step in on this issue may be the biggest news item in recent weeks.

Don Amador has been in the trail advocacy and recreation management profession for over 30 years. Don is President of Quiet Warrior Racing/Consulting. Don served as a contractor to the BlueRibbon Coalition from 1996 until June, 2018. Don served as Chairman and member on the California Off-Highway Motor Vehicle Recreation Commission from 1994-2000. He has won numerous awards including being a 2016 Inductee into the Off-Road Motorsports Hall of Fame and the 2018 Friend of
the AMA Award. Don currently serves as the government affairs lead for AMA District 36 in Northern California and also serves as the OHV representative on the BLM’s Central California Resource Advisory Committee.  Don is also a contributor to Dealernews Magazine.