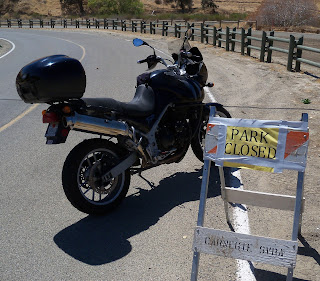 QWR just got back from a quick recon of the Tesla Fire which burned about 2,700 acres in eastern Alameda County.  The fire started on August 19, 2015 and appears to have spread eastward onto the currently closed expansion property at Carnegie SVRA.  On August 22, CALFIRE stated the fire was 100% contained. 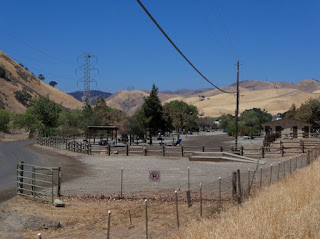 Viewing the landscape from the Tesla/Corral Hollow Road today, it appears that most of the trails and supporting infrastructure, including the Park’s Sector Office, at the 1,500 acre riding area was spared from the wildfire. 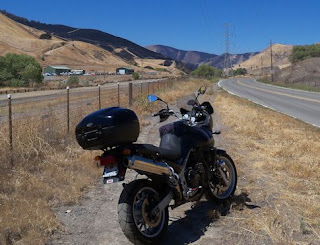 QWR believes that wildfires in Oak grasslands are an important part of the environmental equation.  Grassland fires can help with the control of insects and disease.  Oak trees in general are fire resistant and we believe a lot of them will return next year in a stronger state of health. 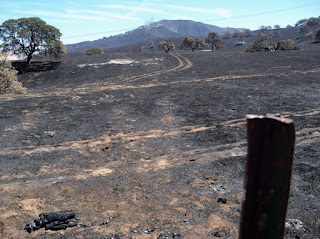 QWR also believes that fire can often be a benefit on landscapes where trail design and layout is planned.   With the vegetative cover removed, it is easier to see the lay of the terrain and how a proposed route can be constructed to take advantage of natural features to reduce water runoff and soil erosion. 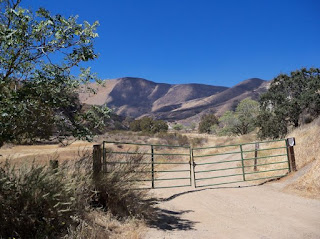 Entrance to Tesla Mine

QWR urges riders to monitor the Carnegie SVRA website for updates on when the park will reopen.  There may also be post-fire rehabilitation efforts that need the help from trail volunteers.  Let’s be supportive of SVRA staff as they work to reopen the park as soon as possible.

With wildfires burning throughout the West, QWR wants us all to remember the fire crews out on the frontlines working tirelessly to protect life, property, and natural/cultural resources.